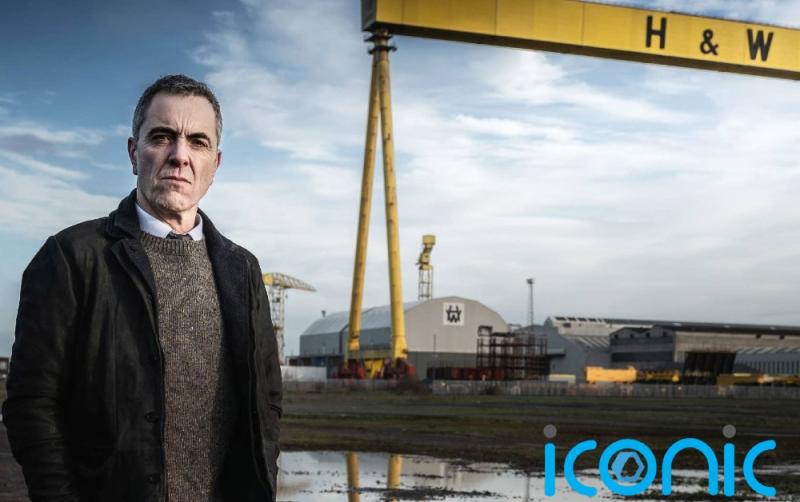 Northern Ireland’s film and TV industry is going from strength to strength, with Netflix and Paramount among the latest US studios to bring projects to the region.

While Line Of Duty and Bloodlands were some of the highlights of 2021, Kenneth Branagh’s Belfast and the third and final season of Derry Girls are already sparking excitement for 2022.

Belfast Harbour Studios became home to the streaming giant Netflix in 2021, while Titanic Studios was occupied by Paramount Pictures, attracting A-list celebrities for filming The School For Good And Evil and Dungeons And Dragons.

Epic Viking saga The Northman, filmed at Belfast Harbour Studios at the end of 2020, is set for cinema release in April 2022.

Meanwhile, Belfast, which had its Irish premiere in the city in November, has been nominated for seven Golden Globes and 11 Critics Choice Awards. It opens in cinemas on January 21.

Among the highlights on the small screen in 2021 was the third series of the crime drama Marcella, starring Anna Friel, while Sunday evenings were dominated by the drama Bloodlands, featuring James Nesbitt.

Bloodlands became the BBC’s biggest new drama launch since June 2020 with an average 8.2 million viewers, and in Northern Ireland the first episode had a 52% consolidated audience share, making it the highest-rating BBC drama to launch locally on record. The second series is set to be filmed in early 2022.

Line Of Duty returned for its sixth series and scored a ratings record, with 12.8 million viewers tuning in for the final episode to find out the identity of the mysterious H. It won the Returning Drama and Special Recognition Awards at this year’s National TV Awards.

Comedy series Frank Of Ireland, starring brothers Brian and Domhnall Gleeson, was shown on Channel 4 in April, while The Windermere Children, based on a true story in 1945 when hundreds of child survivors of the concentration camps were taken to the Lake District to recuperate, was nominated for the Single Drama Award at the Bafta TV Awards and also for Best Single Drama at the Broadcast Awards.

The Co Down town of Donaghadee is also enjoying time in the spotlight thanks to new police drama Hope Street, which is currently airing on BBC One Northern Ireland before going UK-wide in 2022 and US-bound on Britbox.

Another police drama, Blue Lights, is in the pipeline, inspired by the experiences of serving police officers in Northern Ireland.

For younger viewers, Sixteen South’s Odo, a pre-school programme that follows the adventures of an owl, aired on Channel 5’s Milkshake! in the UK and on HBO Max in the US, and has been nominated for Best Pre-School Programme at the 2022 Broadcast Awards.

Highlights included Out Of Tune Games launching its first game, Crooks Like Us, where players get to steal everything they see, and Blackstaff Games’ Buildings Have Feelings Too!, a city-management puzzle game.

Throughout 2021, Northern Ireland Screen supported 344 individuals through various initiatives, including helping crew members step up to a higher grade, and Screen Academies provided opportunities for young people in animation, VFX and gaming.

“A variety of content we supported has been selected for some of the most prestigious festivals across the world, picked up much coveted industry awards and set social media alight,” he told the PA news agency.

“We have had two of the biggest TV dramas of the year broadcast – Line of Duty and Bloodlands.

“There was a great sense of excitement as a whole host of A-list stars were spotted across the country as they filmed at various locations. It was a privilege to co-host the Irish premiere of Kenneth Branagh’s Belfast in Belfast, with Belfast Film Festival.

“With the film already leading the way in the Golden Globes and hotly tipped for the Oscars, 2022 is sure to get off to a great start.

“The north coast will take a leading role in Robert Eggers’ The Northman when it is released in cinemas in April.

“On the small screen, Erin, Claire, Michelle, Orla and the wee English fella will return to our screens in what will undoubtedly be an emotional farewell for Lisa McGee’s Derry Girls.”