Ireland misses out on place in Eurovision final 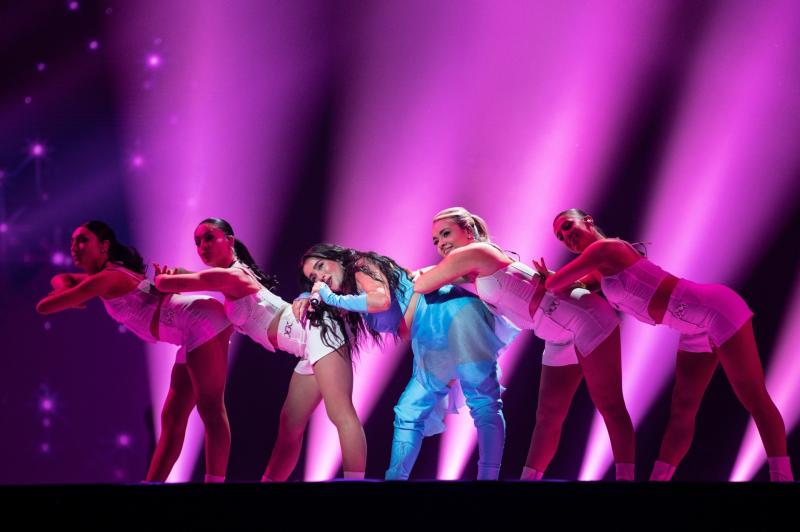 Ireland misses out on place in Eurovision final

Ireland have failed to make it through to the Eurovision Grand Final after Brooke Scullion’s performance of pop break-up track That’s Rich did not qualify for the grand final from the second semi-final on Thursday night.

The 23-year-old singer, who had a superb performance, was hoping to change Ireland’s recent fortunes in the contest.

The country has competed in the competition 54 times, triumphing on a record seven occasions, but has not won since 1996 with Eimear Quinn’s The Voice.

Eurovision 2022: Preview, Ireland entry, TV schedule and everything you need to know

Despite receiving a rapturous applause after her energetic performance, Scullion – who wore a co-ordinated blue outfit as she opened her performance lying on a pink heart on the stage – failed to win over the international audience.

She's got nothin' to prove - that was Ireland's Brooke and the absolute mega bop! #Eurovision #ESC2022 pic.twitter.com/XjATIFk6Fj

Those who were successful in securing a place in Saturday’s Grand Final include the Czech Republic’s entrant We Are Domi, with their performance of Lights Off.

The electropop trio met while studying at Leeds College of Music and made it into the top 10 with a strobe-fuelled show.

Joining them in the final are Belgium, Azerbaijan, Poland, Finland Estonia, Australia and Sweden.

Romania and Serbia have also been confirmed to compete in the final after acts from 18 countries took to the stage in Turin, Italy.

The 10 successful countries will join the 10 who also secured places during the first semi-final round on Tuesday.

The Eurovision Song Contest Grand Final will take place on Saturday where the 20 successful countries will compete to be crowned the winner.

We can now reveal the #Eurovision 2022 Grand Final Running Order!

Eurovision Song Contest 2022: Who are the favourites?