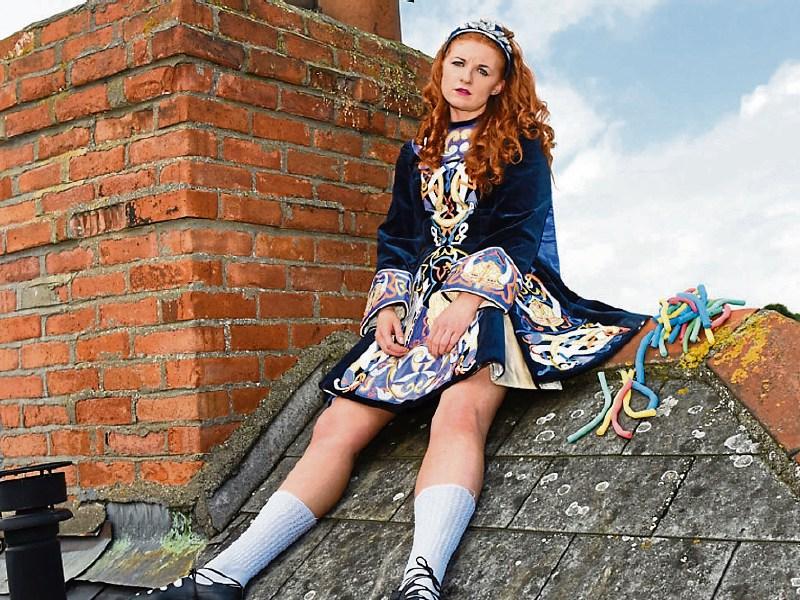 Don't miss the superb Margaret McAuiffee in Humours of Bandon

‘Well structured nostalgia’ is how writer and actress Margaret McAuliffe’s describes her latest one woman show ‘The Humours of Bandon’ which will jig and high kick its way to Nenagh Arts Centre this Saturday, March 4.

However under the careful guidance of director Stefanie Preissner (she of ‘Can’t Cope, Won’t Cope’ fame), Humours of Bandon is more coming of age than Strictly Come Dancing as it gives the audience a glimpse behind the trivialities of the local Feis.

Margaret McAuliffe is electrifying in the title role of a the young Irish dancer who guides the audience through the usual backstage glamour of the local Feis right up to the dancing championship.

On the eve of the Irish Open championship, we meet Annie, a 16 year old Dubliner, as she charts us through the various successes and disappointments of her Irish Dancing life. We share her mind numbing commitment and burning desire to win the Irish Open title. Will she win and, if so, in what way?

From the confines of every parochial hall in Ireland, Irish Dancing champions are churned out at a massive rate. Medals and cups build up in drawing rooms and Riverdance swells a national pride, but the public aren’t privy to the blood, sweat and tears that pave the way to the first place podium.

The Humours of Bandon is a coming of age story, full of heart, humour and wisdom, for anyone who had a childhood passion that threatened to overwhelm their life.