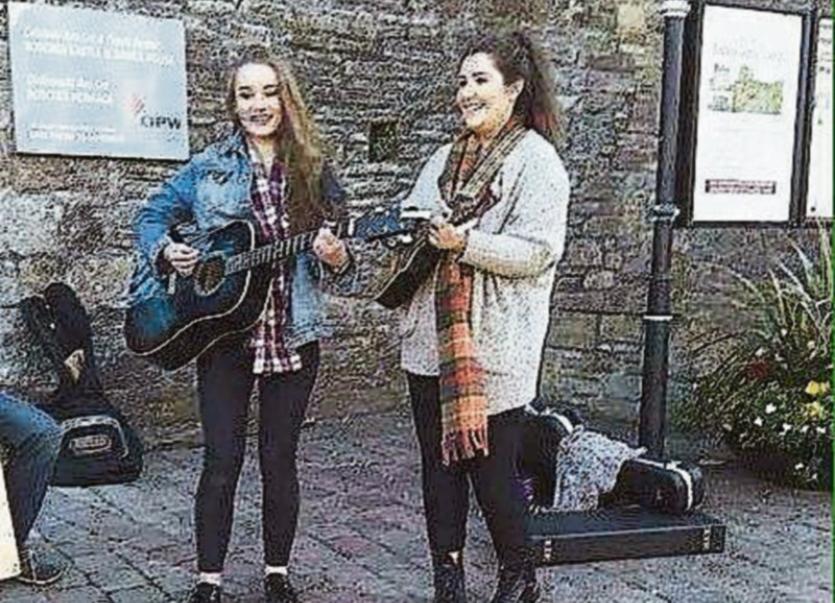 Nenagh band Slow Seas have made it through to the semi-finals of the Le Crunch song contest and now need your vote to help make their way to the final.

The band , which is made up of 18 year old's Lisa O’Neill and Marie Long, impressed the judging panel with their version of Britney Spears hit single Toxic, beating out hundreds of other entries to earn their spot in the top ten shortlisted acts last week.

However the harmony based duo, who play seven instruments between them, are now calling on the public to get behind them and vote to help Slow Seas pick up the title of Ireland's best cover version and a slot at this year's BARE in the Woods festival in Portarlington.

The girls, who are currently in sixth year in St. Mary’s Secondary School Nenagh, formed the group just over a year ago and have been regularly playing gigs in venues across Nenagh and Tipperary as well as racking up thousands of views on their facebook page. Their cover version of Toxic has so far been viewed over 6,000 times.

Speaking to the Tipperary Star, Lisa said that getting to the next round of the competition would be a ‘huge honour’ for the group who have been juggling their burgeoning music career along with studying for the Leaving Cert.

“It would incredible. We've been working so hard on our music over the past year, and winning this competition would be a huge honour! It'd be such an amazing opportunity for us to broaden our listeners and to get our music out there to a larger audience. It'd be an amazing platform for us and we'd be thrilled if we could make it to the final at least! Every vote really does count.”

The pair are now hoping to get the general public behind them over the next week and see them through to the final five where they will get to perform at Whelans in Dublin in front of a packed live audience on Thursday March 23.

The public can vote for their favourite cover version through the Le Crunch Apple website or on www.ouitolecrunchmusic.com

Voting is open until midnight on Friday March 10.