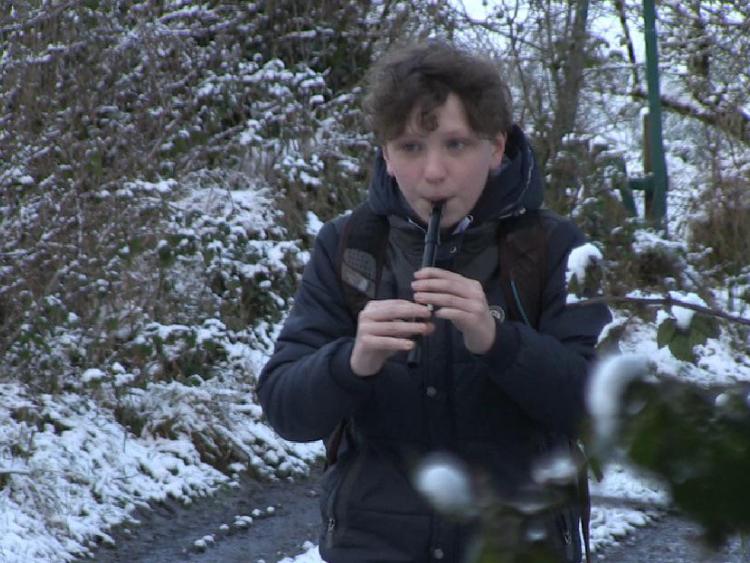 A short film, written and directed by Upperchurch actress and playwright Aine Ryan, is part of a cohort of films set for a special screening at the SGC Cinema, Dungarvan on April 19.

Áine, whose family run the ‘Jim O’ the Mill’ pub in Upperchurch has written a beautiful children’s short drama ‘Feadóg’ as part of Waterford Institute of Technology’s Higher Diploma in Television and Digital Media Production.

The film tells the story tells of a magic tin whistle and a young boy called Eoin who is obsessed with playing it. On his way home from school one afternoon, Eoin is devastated to find out that his tin whistle has gone missing and the audience is immediately taken on a journey to find it. With his mother, he searches high and low for his beloved whistle. Eoin is played by Áine’s young cousin, Canice Ó Riain aged 12, and the his mother is played by Joanne Woodlock, who is very well known in the local drama circles.

This short film is another string in Áine’s bow as her quirky dramas have already gained her great critical acclaim, including five star reviews at the Edinburgh Fringe Festival.

Short films and documentaries from students of the Television and Digital Media Production course will be screened at the SGC Cinema, Dungarvan on April 19th at 1.30pm. This event is open to family, friends and the public.