Sharon Shannon on route to Thurles this January 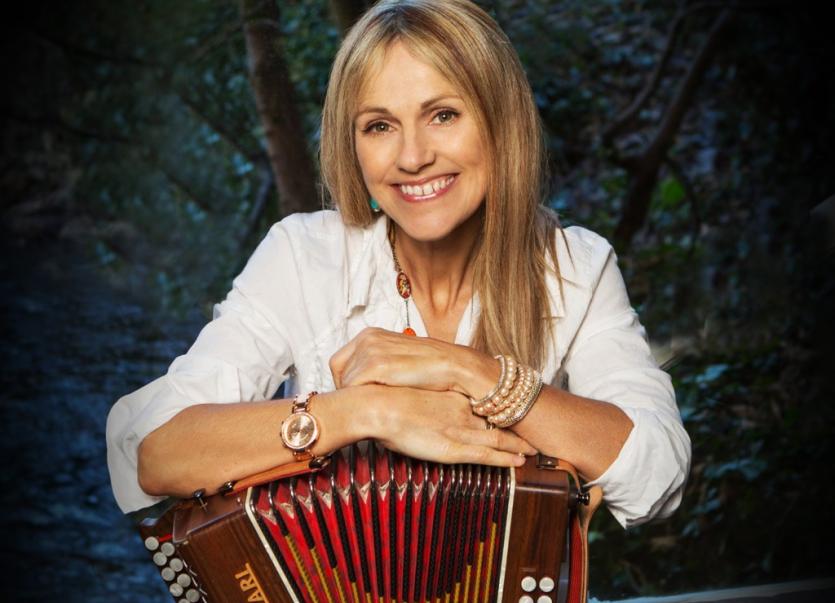 Sharon Shannon will drop by The Source Arts Centre this January to play a selection of her biggest hits from a back catalogue of work which stretches across three decades.

In June 1989, Sharon Shannon was rehearsing tracks for her first album, when she was whisked away to Glastonbury Festival with The Waterboys. She remained with the band for eighteen months, and contributed both accordion and fiddle to their Room to Roam album.

In the 30 years that has elapsed since then, the county Clare native has recorded ten studio albums, five live albums and three live concert DVDs.

In 2004 she released the album Libertango with guest spots from Róisín Elsafty, Sinéad O'Connor and the late Kirsty MacColl.

In 2005 she appeared on Tunes, a collaboration with Frankie Gavin, Michael McGoldrick, and Jim Murray.

The following year she released The Sharon Shannon Collection which celebrated the previous 15 years of her music.

She has received many awards including being the youngest ever recipient of the Meteor Lifetime Achievement Awards in 2009 and has collaborated, recorded and toured with everyone from Willy Nelson, Bono, Johnny Depp, Shane Mc Gowan and John Prine to Nigel Kennedy and the RTE Concert Orchestra.

Her music is renowned across Ireland and further afield and includes hits such as The Galway Girl with Steve Earle, It’s Christmastime Again with Wallis Bird and Go Tell the Devil with Imelda May.

Sharon’s trip to The Source will showcase music from her back catalogue, beginning in 1989 and running right through to the present day.