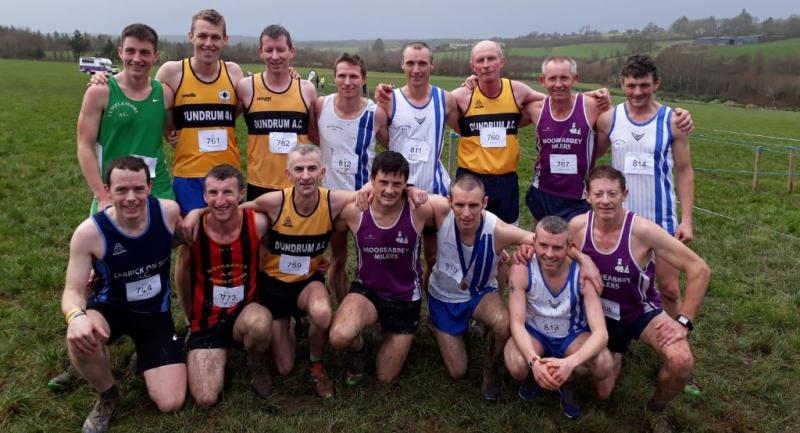 Last Sunday week the county travelled to Riverstick just outside Cork city for the Munster Intermediate Cross Country championships. With the County on a high after our Senior men powered by Clonmel Athletic club had delivered silver at the National Championships a week earlier we were not disappointed.
As in the senior race a battle for a county victory is usually led by a strong club team and in this case the white and blue of Thurles Croke led the charge of a fifteen strong County team. After Tony Fogarty Templemore had softened up the field over the first lap and a half of the 4 lap 8K race the Tipperary athletes were showing well at the front of proceedings. He was joined by three lads from Thurles Crokes who all work so well off one another Denis Shanahan, John Fitzgibbon and John Treacy along with Paddy Cummins Moycarkey Coolcroo and Kieran Lees Mooreabbey Milers in a ferocious attack over the hilly Cork County Board course. On to the last lap and Paddy and Denis were leading the charge as they battled for a individual medal. In the mad dash for the line Denis claimed the bronze medal to continue a great year for the affable Thurles man Paddy after a great run had to settle for 5th place. John Treacy was hot on his heels for 7th while newly crowned Irish Masters International Dermot Hayes Dundrum skipped through the field for 9th place. John Fitzgibbon took 10th place while Kieran completed the scoring six in 11th place. With the six Premier county athletes in the first eleven they beat the Rebels by six points on their home ground for a great victory. Early leader Tony Fogarty Thurles Crokes had to settle for unlucky for some 13th place, Patrick Roche Carrick on Suir was 14th with John Russell completing the Thurles Crokes scoring four in 16th place for a great club victory for the Thurles lads. Next we had the two Dundrum lads Eamonn Morrissey 18th and Martin Keane 21st followed by Mooreabbeys Milers Tom Blackburn in 22nd place. Another Irish Masters International Willie O’Donoghue Mooreabbey Milers finished 28th.Willie Shanahan backed up the Thurles Crokes team in 30th position and Jim Halley Dundrum battled away for 33rd position to ensure the Dundrum lads won the bronze club medals by one point from Cork club Mallow.
Seven Tipperary women went to the start line for the two lap 4k women’s race. Jacqueline Hughes Thurles Crokes and Angela Fogarty Moyne led the County charge on the testing course. The two girls ran very well to finish one after another in 5th and 6th positions.
Aisling Maher Moyne had a great run for 23rd with the teak tough Martina Ryan Thurles Crokes completing the County scoring four in 25th place to claim the bronze County medals.
Next we had the Moyne duo of Sharon Cantwell 29th and Susan Fogarty 31st to bring the green and yellow vested club home in 4th position.
Brid Quinlan Thurles Crokes battled the tough course to finish in 34th place. 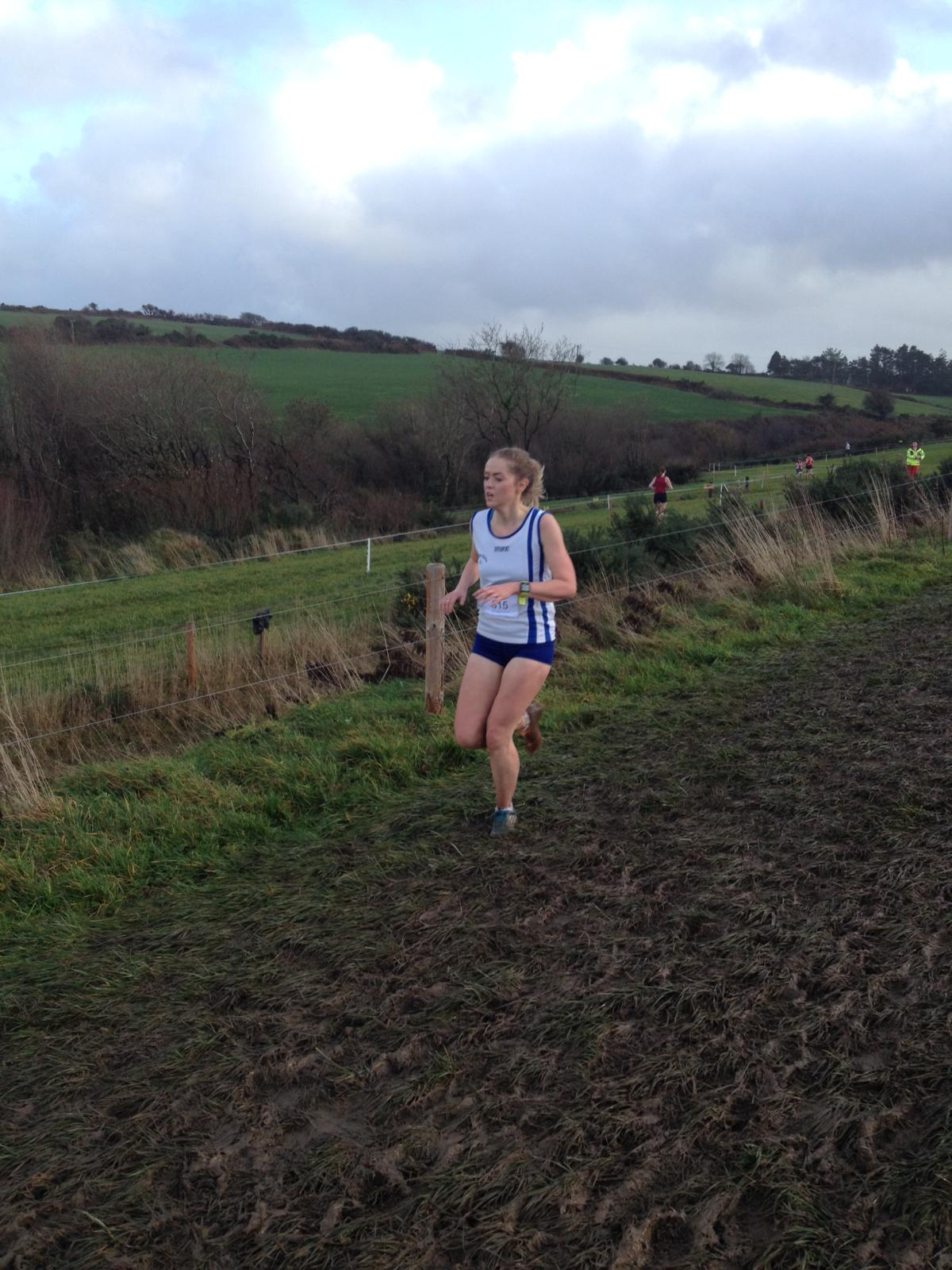