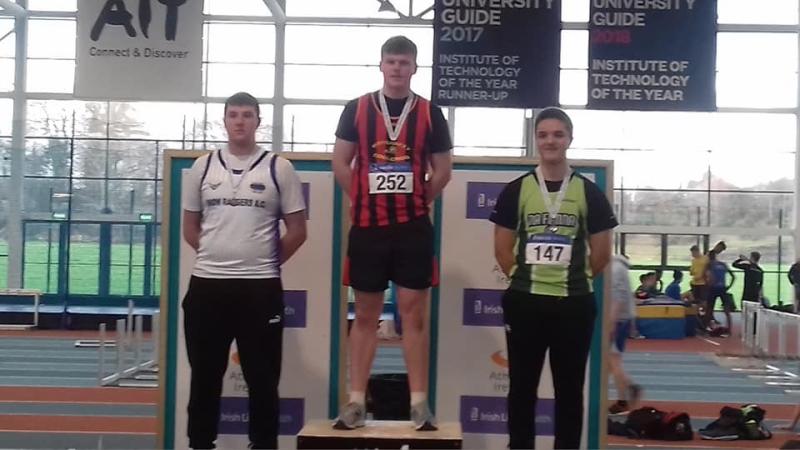 National Junior Indoors
On January 27 some of our athletes travelled to Athlone for the the National Junior Indoors.
Congratulations to Jack Ryan who won gold in the junior men's shot putt, his sister Anna won bronze in the junior womens shot putt and well done to Dillon who was fifth in the triple jump.
This was Anna Ryan's first medal at national junior level and the schoolgirl attained PBS in high jump and hurdles.
Congratulations to Adam O'Dwyer who claimed silver in the junior men's pole vault and a PB of 3.90 mts for the 16-year-old.
It was the first throws competition of 2019 for Sean Mockler winning gold at the National Junior WFD with 35lb weight. This is a great start for Sean and well done.
There are incredible performances from these young athletes at this level.

Track And Field
On January 19th Anna Ryan competed at the national combined events in Athlone with four Wins and three PBs (PB in shot putt, long jump, high jump, and hurdles) out of five events.
In the 800m Anna finished second with a personal best - Anna's fighting spirit kept her on top of the leader board though with a points total of 3083 and All Ireland gold.
Huge congratulations to Anna on a terrific performance at the national level.

Munster Indoor Championships
The siblings were out in force recently at the Munster Indoor Championships. Congratulations to Ronan O'Dwyer on winning the Munster under-15 pole vault with a height clearance of 2.60mts and his older brother Adam on winning the Munster U18 with a height clearance of 3.60mts.
Success too for for the Ryan family. Gold for Jack and Anna in the U19 and U18 shot putt event and silver for Dillon in the U17 shot puttt.

Pole Vault
Congratulations to both Ben and Adam O'Dwyer today who recently guested in the men's pole vault at the national league event at the National Sports Arena in Abbotstown. Ben broke his personal best twice and finished 7th on 3.10mts and Adam finished 4th on 3.50mts Well done to both.

County Indoors
The County Senior & Masters Indoor Track & Field Championships took place on Sunday the 30th of December in the Nenagh Olympic Arena - the last county event of 2018.
In the first event of the day Anna Ryan got the club off to great start with a win in the women's senior 60 metre hurdles in 10.18 seconds. Her older brother Daniel matched her win with a win of his own in the men's 60m hurdles in a brisk 8.67 secs. David Ryan made it a hat-trick for the Ryan family with a great win in the men's 400 metres in a time of 51.96 seconds. John Fogarty kept the medal winning streak going with a silver medal finish in the men's O40 3,000m race in a time of 10:29.31. Paddy Cummins finished in pole position in the senior men's 3km in a fine time of 9 mins 24 seconds to earn the gold medal. In the shot putt Daniel Ryan threw a best of 13.41 metres to win in the 7.26kg weight class with younger brother Jack throwing a best of 14.90 to win in the 6kg weight class.
The evergreen Joe Moloney came home a winner in the O65 5kg event with best throw of 7.18. Anna Ryan won the women's shot putt with a strong throw of 11 metres even. She hadn't long to rest as she was up again in the next event the women's pole vault where she earned her fourth medal in her fourth event of the day elevating a distance of 2.8 metres which enabled her to capture 2nd place.
The men's pole vault was the last event of the day and The O'Dwyer brothers didn't disappoint to finish strong with Adam winning with a clearance of 3.6 metres and Ben finishing second with a vault of 2.6m to end the day on a high note with everyone in the club going home with a medal.

Road Racing
Congrats to Paddy Cummins who continues to have a terrific season of racing.
In the Clonmel AC on St Stephen's Day in the four mile road race, which is always one of the top races on the road running calendar and is celebrating its 30th anniversary, Paddy had another stormer shaving 31 seconds and five places lower than his previous time last year running 20:59 and finishing ninth overall out of 508 participants.
Paddy finished second in the Mooreabbey Milers AC's Christmas Mile Dash in Galbally on Saturday, December 29 in a personal best time of 4:43.
It was back to Galbally on January 13th for the County XC Championships where he finished 5th overall on a very challenging course. A week later he won the Newcastle 5K in an incredible time of 16:12. But it's not all on the road for Paddy as he recently finished in pole position in the senior men's 3km in a fine time of 9 mins 24 seconds to earn the gold medal. Paddy has been going from strength to strength and the club are very proud of his achievements.
Congrats to Shane Mullaney who Completed a 32 County Challenge As Spiderman. A goal he set himself to run a race in each of the 32 counties in 2018. His Last run was on Saturday, December 22nd in County Antrim. His first run was on April 15th at the Community Gets Active Autism Awareness 5k Run in Littleton. He also came home a winner on six occasions, was second in three and third twice. Well done Shane what a terrific achievement.
A very well done to John Fogarty who won the annual Drombane GAA Charity 8km road race on Sunday, December 30 - this was his second time winning it having won it last year, but this time was all the more impressive with John having ran the 3,000m race beforehand at the county masters indoor track and field championships in Nenagh where he won the silver medal in the men's O40 race. Great running. 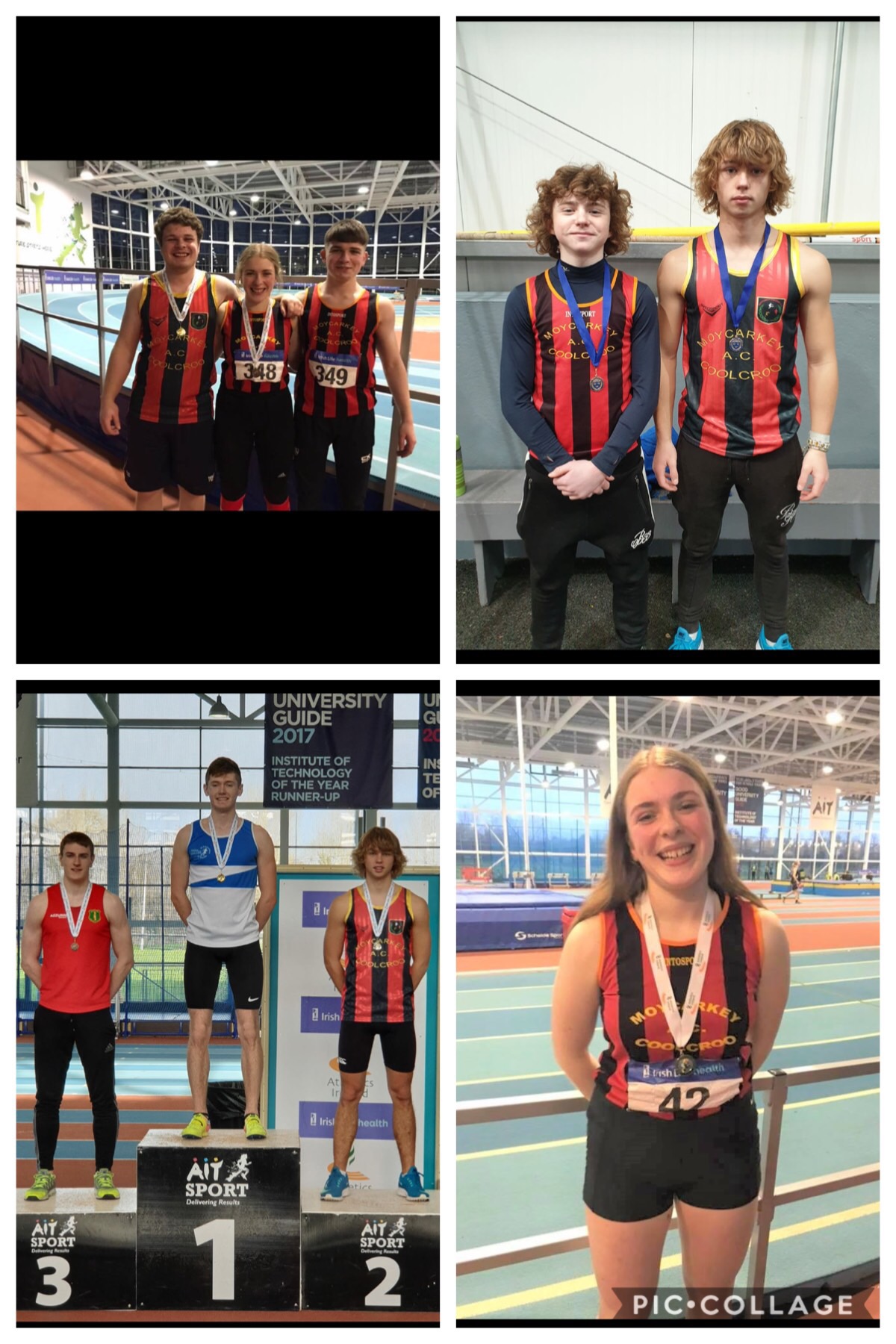