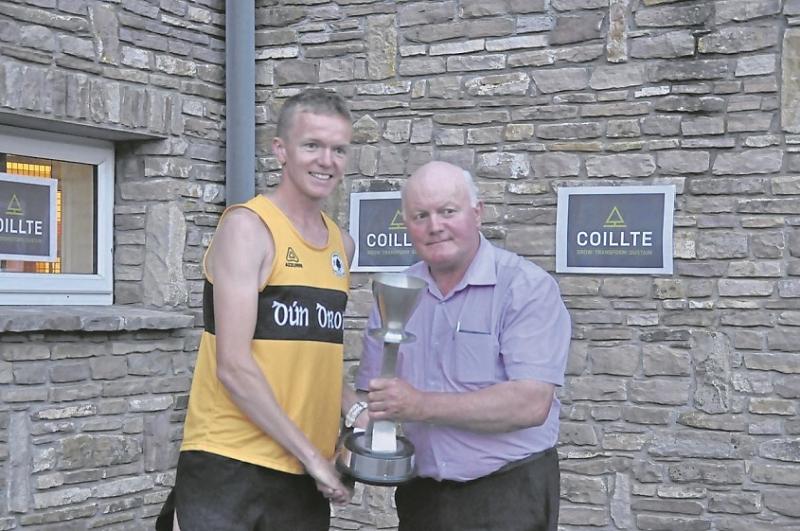 Wednesday, July 3 at 8pm the Coillte 10k Road Race in Dundrum Co Tipperary will be ran for 34th consecutive year by the local Dundrum Club. The club is delighted to have Coillte once again as our main sponsor. With Dundrum surrounded by trees and forest trails for running and walking developed by Coillte over the years it’s appropriate that Coillte are involved with us in the healthy sport of running. The semi state company has been involved in this race every year since it was set up in 1988 which is greatly appreciated by the club.

A new category been introduced this year as part of the 10k race by popular demand is a two by 5k relay for separate men and women teams to accommodate runners who may feel not up to running 10k. This event would be aimed at the non competitive section where the first runner would run the first lap of the two lap course change their armband to their second runner at the 5k mark in the village and the second runner would then run the second lap.

The race which also incorporates a 5K for juniors (age between 13 years old on day of race and 19 years or under on 31/12/2019) is based around the Scouts Complex in the village where the club has its athletics facilities. The race has prizes in the usual categories with a specially Embroidered Souvenir Hand Towel for all finishers. For Tipperary athletes there is the added incentive of the Tim Crowe Memorial trophy (kindly donated by Dominic Moore) for the first Tipperary athlete to finish the 10k. The present holder been local club athlete Kevin Moore. This year the club has once again linked up with Niall O’Sullivan’s Premier Timing for entries and result data to handle the ever increasing numbers of runners every year.

Michael Hassett St Catherines has had the most number of men’s victories with six wins. While in the women’s race Siobhan O’Doherty Borrisokane is in a class of her own with her eleventh win achieved last year. Kevin Moore is the only local club athlete to have won the race in its 33 year history achieved in 2014 and he is hoping to make it back from his work in the UK for the midweek fixture. Dymphna Ryan also from the local club has had a hatrick of excellent second places between 2013 and 2015.