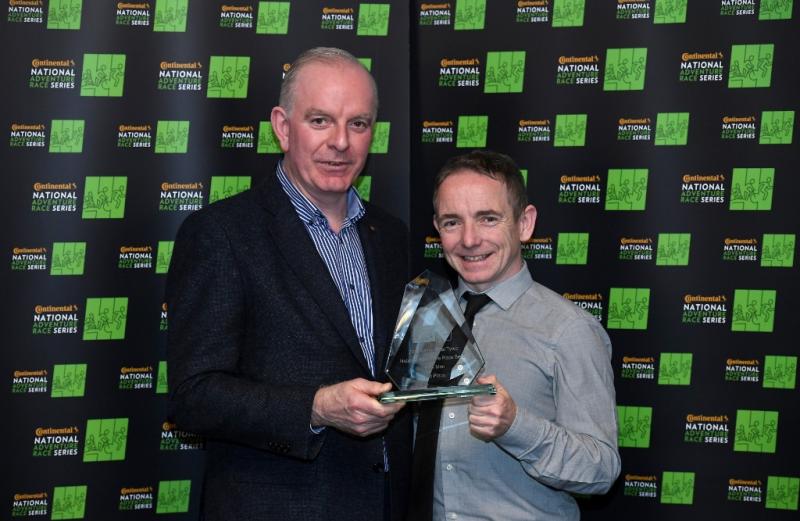 Shane Scully, from Nenagh, Co Tipperary, being presented with his 1st place trophy for Expert Men by Tom Dennigan, left, from Continental Tyres

The 2019 Continental Tyres National Adventure Race Series male and female champions have been crowned. The Expert and Sport men and women beat off huge competition claiming maximum points during the 2019 series and were honoured at an awards ceremony where they received their trophies and winners’ prizes.
The National Adventure Race series hosts two categories including the expert male and female– this is a longer race requiring huge endurance abilities for longer off road and mountain trail runs and cycling while the sport category winners’ competed in a slightly shorter but noticeable faster race on similar terrain. The top three winners in each category male and female (12 total) each received a mix of winning prizes for their efforts including a BestDrive by Continental car tyre voucher, a pair of premium Continental GP5000 road bike tyres and trail shoes with Continental’s rubber soles, ideal for more challenging trail running conditions from adidas footwear.