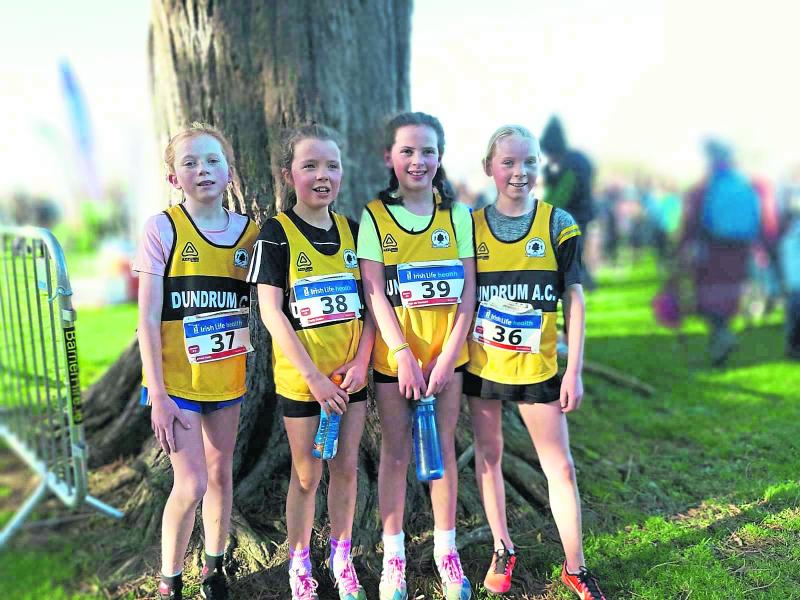 The Irish Life Health National Senior Cross Country Championships were held in Santry Demise in Dublin on Sunday, November 21. We had two athletes compete. In the womens race over 8km we had Dymphna Ryan placing 40th in 30:24.
In the mens race over 10km we Kevin Moore placing 49th in 32:24. Well done to both doing so well in such competitive fields.

In the Boys U12 Albert Maher had a superb race to placed 12th and won a Top 12 medal for his fantastic efforts. Next we had 72nd Niall Quirke and 100th Rocco Julian.

Albert lead the Tipp team to 7th place with Niall and Rocco on the team to. Albert was on the Munster team that won Silver. In the Boys U14 we had 109th Evan Burke and was on the Tipp team that placed 12th. In the Girls U18 we had 57th Orla Ryan. Well done to all our juveniles competing at the top level in the country and doing so well.