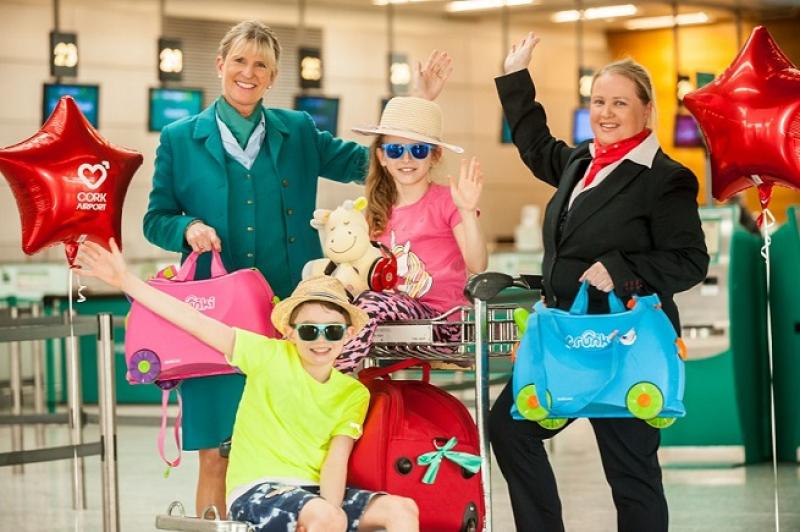 Cork Airport, Ireland’s second busiest and largest airport after Dublin, today launches its 2018 summer schedule, with almost two million seats now available to over 40 destinations. The airport is forecasting a 5% growth in passenger numbers over the summer months, compared to the same period last year.

The launch of the summer schedule comes as almost 100,000 people are expected to pass through Cork Airport during the Easter break. Several summer routes kicked off last weekend, including Aer Lingus’ services to Barcelona and Faro, while Ryanair’s Cork to Faro also commenced along with its Palma de Mallorca offering.

The 2018 summer schedule also sees the commencement of Air France’s new year-round daily Cork to Paris Charles de Gaulle route in May, linking the south of Ireland to the French capital.

More than doubling capacity on its Cork to Zurich service, SWISS will operate three flights per week while Iberia Express’ Cork to Madrid route will expand to twice weekly at the start of June. Spanish carrier Volotea operates its Cork Verona route every Saturday (26 May to 6 October), with an additional flight on Wednesdays during peak season, commencing 27 June.

This is the first full summer season for Norwegian’s non-stop transatlantic flight to Boston Providence, providing Irish travellers easy access to popular holiday US destinations such as Martha’s Vineyard, Cape Cod and Nantucket.

Aer Lingus adds an additional 8,000 seats to and from Cork this summer, expanding its Cork to Heathrow route as well as flying to popular holidays routes such as Malaga, Palma de Mallorca, Alicante, Tenerife, Faro, Rennes, Barcelona, Düsseldorf, Lanzarote and Gran Canaria.

Ryanair’s routes include Portugal's famed Algarve through Faro, along with the French sun destinations of Carcassonne and Bordeaux; Spanish favourites of Girona, Gran Canaria, Lanzarote, Malaga, Reus, Tenerife and Palma; and the Italian hotspot of Milan.

Managing Director Niall MacCarthy said: “Our focus is always to work with our existing and new airlines on how we can grow our route offerings. With the arrival of Air France this summer, along with additional capacity on 15 of our existing routes, there has never been more choice for Tipperary holidaymakers choosing to fly out of Cork Airport.”