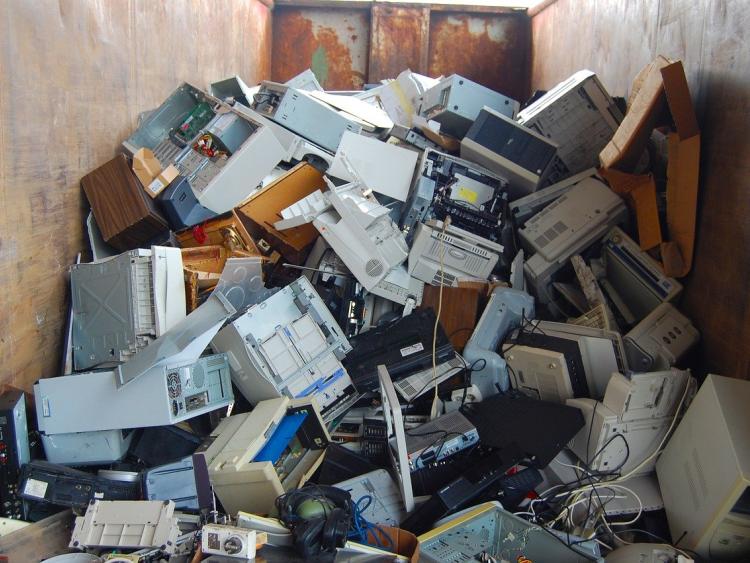 In Tipperary we are seeing improving behaviours and attitudes towards the recycling of e-waste,

In Tipperary we are seeing improving behaviours and attitudes towards the recycling of e-waste.

But the 5km travel restriction is being partly blamed for a spike in electrical items dumped in general waste bins in the county last month – fuelling a 2% decrease in electrical recycling compared with January 2020.

“In Tipperary we are seeing improving behaviours and attitudes towards the recycling of e-waste, and we welcome the overall increase in recycling through the local authority centre in 2020,” said CEO of WEEE Ireland, Leo Donovan.

“Unfortunately, in January, we saw a reverse in that behaviour and we would ask people to seriously consider the danger and environmental impact of getting rid of e-waste in household bins.

“We need people to support a transition towards a more circular economy, which aims to keep our resources in circulation for longer.”

Nationally, the amount of electrical waste recycled rose by 10% last year – the equivalent of half a million small appliances.
But nationwide Level 5 travel restrictions partly led to a 7% decrease in January 2021, compared with January last year.
WEEE Ireland, which is the country’s largest e-waste recycling scheme, warns that small items containing batteries can be dangerous to dispose of in general waste and that the valuable raw materials ending up in landfill sites can never be recovered for re-use.

And it cautioned that for Ireland to comply with EU targets, e-waste recycling should have increased by over 10% on last year’s tonnages to keep pace with the growing volume of electrical appliances entering the Irish market every year.
European Parliament research shows that if we continue to exploit resources at the same pace we do now, by 2050 we will need the resources of three Earths.

“Recycling means that 85% of the valuable raw materials used in these products - such as plastics, glass and metals - can be used again when safely recovered and treated through authorised recycling centres,” Mr Donovan said this week.
“Some electronic products also contain batteries, hazardous materials and dangerous gases which can cause serious fires, damage to the environment and human health, if improperly disposed of.

“We would encourage people during the current level 5 restrictions to use this time to gather up any end-of-life electrical items and waste batteries in their homes and once restrictions are lifted, to take them to their local authority recycling centre, electrical retail shop or hardware store.

“For those living near these centres, which are located within close proximity to most urban centres, there has never been a better time to drop your e-waste off with queues smaller than ever before.”

Electronic waste is the fastest growing waste stream in the world. It is estimated that a new high of 53.6 million tonnes of e-waste were generated across the planet in 2019.

There are 90 local authority recycling centres across Ireland, all of which are open and free of charge to the public for WEEE and waste battery recycling.

Any household electrical item with a plug or battery and at the end of its useful life, can be left at these centres.