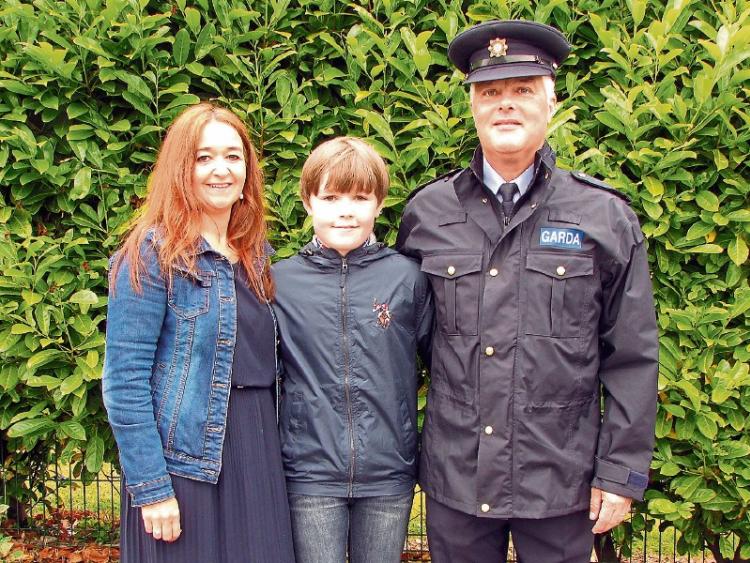 Two weeks ago at a special occasion in Cahir Garda Station there were some celebrations in order when two local Garda were promoted to Sergeants, there were two new probationer Gardai introduced and transfers were announced with some special guests and a refreshments served to all on the day.

The Tipperary Divisional Chief Superintendent Derek Smart and Superintendent Denis Whelan of Cahir District welcomed both probationer Gardaí and highlighted the important role played by members of An Garda Siochana within the local community and especially during this time of Covid 19.

Superintendent Whelan also expressed his thanks and appreciation to Garda Mark Rabbitte and Garda Pamela Dunne who recently left the Cahir District following their allocation to specialised units in Roads Policing Unit at Thurles and the Protected Services Unit at Tipperary Town.  He also thanked the members within Cahir District for their efforts and support within the community locally and particularly during the period of Covid 19.

Promotions - Chief Supt Smart recognised and congratulated Sergeant Jennifer O’Brien and Sergeant Niall O’Halloran on their recent promotions to the rank of Sergeant and wished them every success for the years ahead.  Sergeant O’Halloran has given 20 years service in An Garda Siochana and was based at Ardfinnan Garda Station and he has now transferred to Cahir with Sergeant O’Brien returning to Clonmel Garda Station.