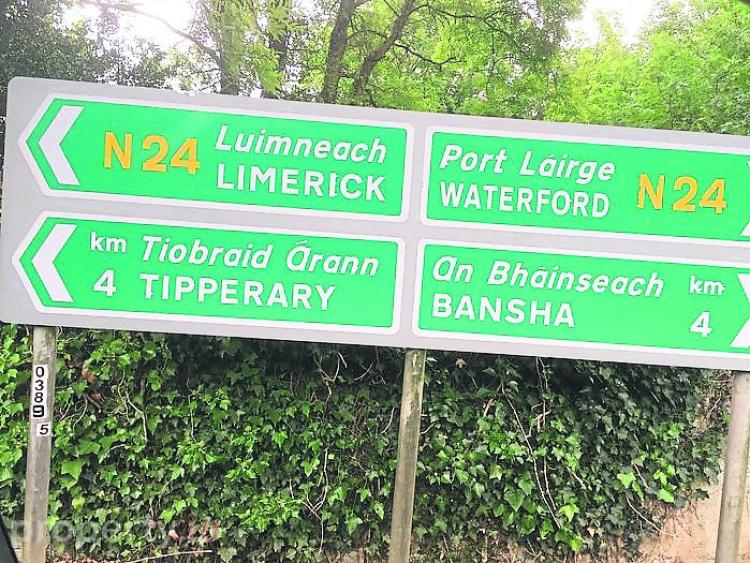 A motion on the N24 put to the full Tipperary County Council by Cllr Andy Moloney led to great debate and was supported by both directors and the full council.
Cllr Moloney was looking for some “common sense” to be brought into play and that the council planners would have more of a decision on areas of development instead of going to the TII for a blanket copy and paste answer.
As it stands, all lands within a 600m corridor of the proposed N24 have been sterilised while Transport Infrastructure Ireland (TII) decide on a route. Cllr Moloney says that this is not workable and that many rural residents in particular are totally inconvenienced and have their lives on hold while they plan a future.
In some cases, there are couples that wanted to start out in life and build homes that cannot now do so because the TII have frozen lands while they consider their options and if a sibling wants to build beside their parents home, they are also not allowed and in some cases about 20 houses would need to be knocked if the route was to pass through that particular site.
The route also prevents developments in the outskirts of towns and villages thus preventing much-needed development. In the case of Tipp Town, the Minister has said that the N24 section could be completed and could eventually tie into the N24 south towards Cahir if funding became available.
The direction from council stated that three routes would be announced by June 2021 and a final route selection made by early 2022 once the consultation period would pass. He didn’t rule out an update of the existing N24 which could be encouraged by people on the route but a lot of discussion on this is needed yet.
In the meantime the Minister will be approached to see if planners’ recommendations will be considered on individual basis.