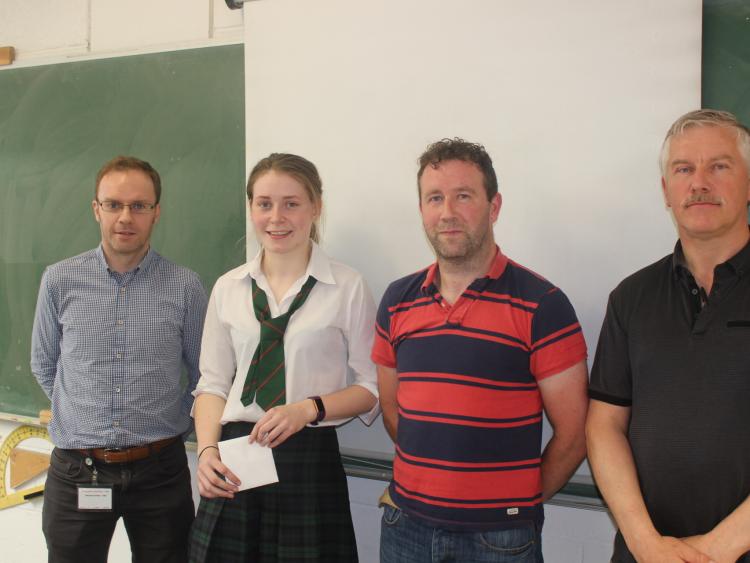 Following on from a recent visit to the Amneal plant where Cashel Community School students were given a tour and presentation, the company agreed to sponsor a prize for a fifth year design project.

The project centered on creating a user friendly inhaler for an individual with special needs.  Given four weeks to complete it, two of the Amneal plant engineers Robert and Fiachra came to the school on Wednesday May 16th to choose the winning entry.

Each student was given the opportunity to present and sell their idea to the engineers, adhering closely to what would be expected in the working world.  After the presentations, Robert and Fiachra gave some very beneficial feedback before announcing the overall winner to be Sorcha Ryan.

Well done to all the engineering students on the extensive research and the courage shown in presenting their idea to their peers.

The school would like to thank Amneal for sponsoring such a great initiative and their contribution towards the purchasing of a Laser Cutter for the Engineering department.  We hope that the partnership that has been struck will continue to flourish over the coming years.