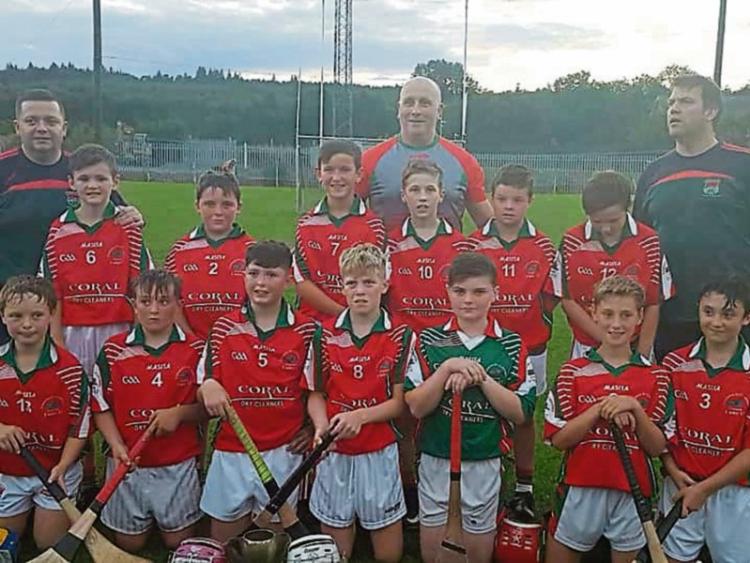 Congratulations to Cashel King Cormac's U12

After coming so close in recent years Cashel KC laid that ghost firmly to rest capturing the West U.12 A Hurling title in Dundrum on Sunday evening last in impressive style.

It was a tense affair but Cashel did control the game from the start.

Points from Callum Butler Buckley, Oisin O’Donoghue 0-3 (2 frees), Briain O’Donoghue 0-3 and Callum Byrnes saw Cashel lead 0-8 to 1-2 at the break. The Arravale goal coming just before halftime ensuring this game remained in the melting pot heading into the second half.

Oisin took another great point at the start of the second half and would follow this with another 5 points, one from a free. Briain O’Donoghue brought his tally to 0-4 points when he added a point late in the game.

In the meantime Arravale were rewarded with a goal from a free and a further 2 points from frees. The Arravale netminder twice made the long trip to take two close in frees but Cashel's tough teak defensive unit stood firm.

The game closed out with almost five minutes injury time but the Cashel players defended superbly to claim a well deserved win.

The display was top class and the team showed plenty of skill and desire, with teamwork a strong feature. The points tally of 15 was also pleasing with all but 5 coming from play. Super performance, super victory well done to all.