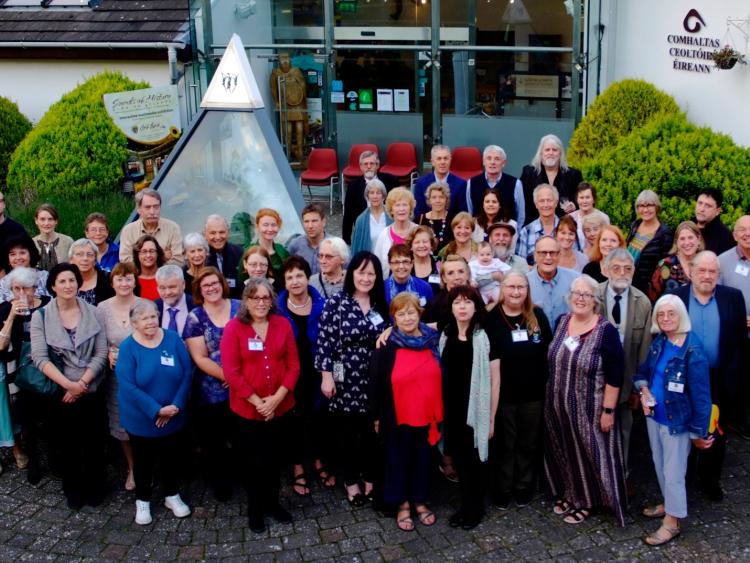 This was the seventh and largest Féile to date, with over 50 fans attending from 12 different countries.  People had come from as far afield as Argentina and Australia to meet the novels’ author and listen to a series of talks about early Medieval Ireland.

Dr Gleeson was the first archaeologist allowed to do a geophysical survey of the royal site and this was his first public report.
Thurles hillwalker and travel writer John G Dwyer gave an illustrated talk on the Pilgrim Paths of Ireland. There were question and answer sessions with the author and readings of poetry by the voice of Fidelma: Caroline Lennon, with Cashel’s own Oliver Corbett adding a male tone to the old love poems.

There was a world cinema premier of Dónal Ó Ceilleachair’s The Camino Voyage, which was shown in the Brú Ború Theatre.
The attendees were entertained by young musicians from the local Comhaltas branch at dinner in the cultural centre on Saturday evening.

An afternoon excursion was held to the Vee and Clogheen, both of which feature prominently in Blood in Eden, Peter Tremayne’s latest novel about the Cashel sleuth Sister Fidelma.