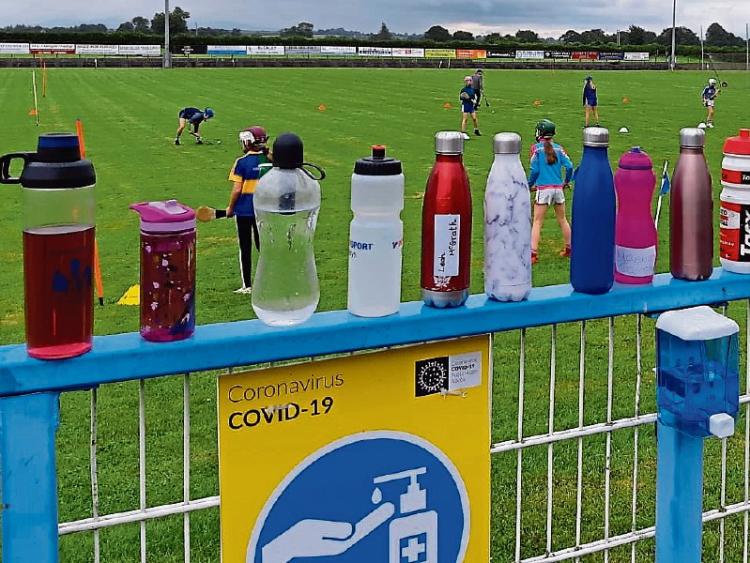 Safety first - A scene at New Inn Gaelic Grounds last week. Each player has their own individual drinking bottle with their name. Also note the signage and hand sanitiser in place.

Tipperary Ladies Football clubs got back to the fields of play last week after an absence of almost four months.

County Ladies Football Board PRO Liza Roche said “it was fantastic to see so many happy faces and to hear the peals of delight echo around the place as training resumed, albeit in a different world.

“Despite the new regime, clubs right across the county have adapted well and we appreciate the extra efforts that all the clubs have had to make in this new climate”.

Competitive action will resume from July 20 and in the opening week there are five games down for decision,  including three  in the Junior A Championship.

Underage competitions will begin from August 2, with the U-14s getting the ball rolling.  On the following week  of August 9 the  U-16 and U-12 competitions will throw in, leading to an exciting summer of football. 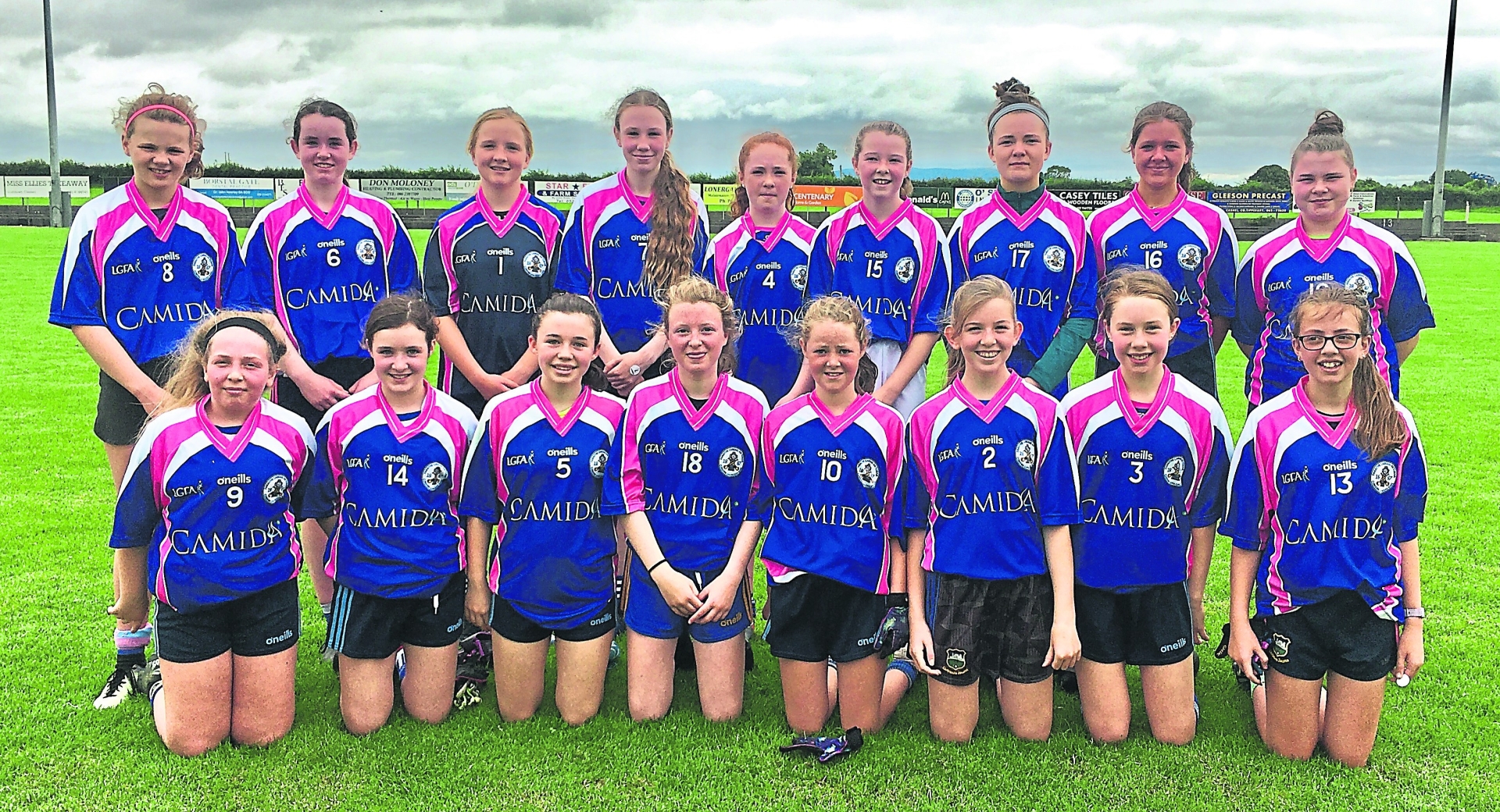 In the revised All-Ireland Senior Championship, Tipperary have been drawn in a group with Monaghan and last year’s beaten All-Ireland finalists Galway.

The four teams topping their respective groups will progress  to the All-Ireland semi-finals, with the first team in Group 1 facing off against the Group 2 table-toppers. The Group 3 winners will play the top team in Group 4. This year there will be no relegation from the Senior All-Ireland Championship.