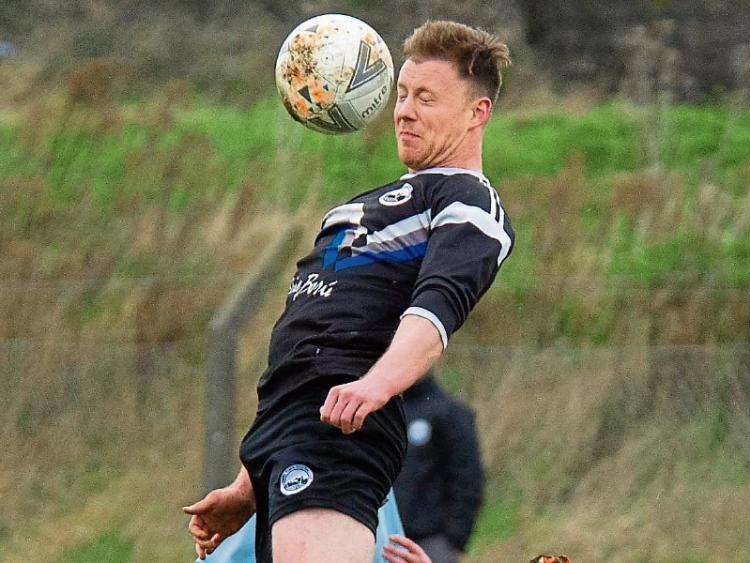 Cashel continued where they left off with a win which leaves them just one point short of being crowned champions after they had secured promotion before the Covid crisis began. They opened the scoring  in the 18th minute when James Harding scored from close range. They weren’t in front long though and the response from Villa was emphatic when on 22 minutes they levelled through Robert Jordan. This was how the game went to the break and in the early part of the second half the home side began to assert themselves more, finally getting some reward when they retook the lead with a goal from Mikey McDermott after a good cross from Callum Meagher. They doubled their lead with 15 minutes remaining when a speculative shot from  Mickey Coleman found the net.

The Thurles side continued battling and pulled a goal back almost immediately through Kevin Croke. But the champions- elect made the game safe minutes from the end with a clever header Cathal Quinn after a great cross from David Butler.

St Michael’s seconds stayed in the title race with league leaders Cashel Town when they comprehensively beat  Old Bridge. The home side were stronger right from the off and took only three minutes to open the scoring when James Power netted. Liam Mc Grath made it two in the 23rd minute, after some good work by Danny O’Brien, and then added the third shortly afterwards, again linking up with O’Brien. O’Brien got his thanks from McGrath on the half hour mark when he made it four as the home side started to run rampant.

The game in the second half deteriorated as a contest with both sides tiring in the warm conditions, and from lack of match practice, but O’Brien finally added a fifth just after the hour mark. Tinkler continued to repel everything thrown at him at the other end of the pitch, and Mikey Nash completed the scoring six minutes from time.

Both of these teams served up an excellent tie for the supporters. Rovers had most of the play and took an early lead from Michael Morrissey in the fourth minute, but then allowed their rivals to get back into the game with a goal of their own 15 minutes later and the sides went to the break at 1-1.

Both teams were cagey about committing too many forwards. However, the home side broke the logjam again midway through the half when Shane O’Mara fired them in front, but their defence were opened up again shortly afterwards to bring the game back to parity, which was where it ended.