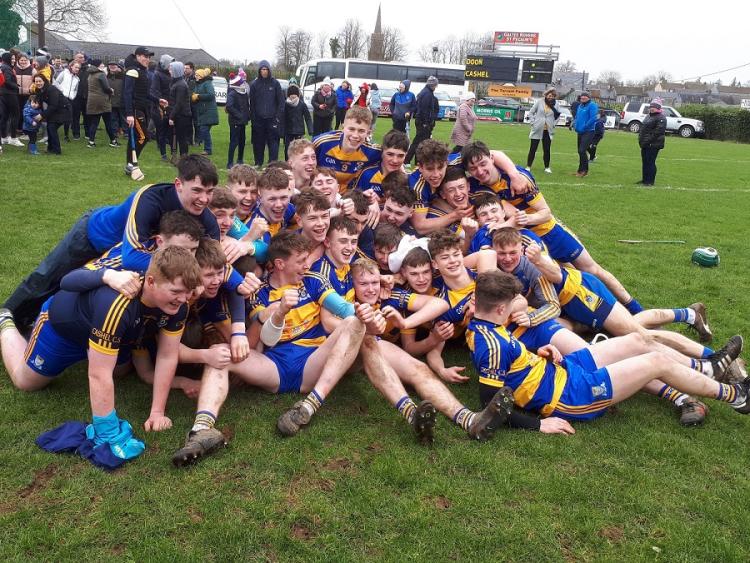 "We feel so sorry for the panel of players and their families who have been so supportive," - Brendan Ryan, Cashel CS Manager.

e decision of the GAA not to play the Paddy Buggy All- Ireland Post Primary Schools B hurling final between Cashel Community School and St Brendan's Community School Birr, has resulted in huge shock and disappointment around the town of Cashel and surrounding parishes.

The game was originally fixed for March 28 in Semple Stadium, but was postponed when the Covid lockdown kicked in, along with the other Post Primary Schools semi finals and finals.

Once the lockdown began to lift in early June however, and GAA fields reopened, the All Ireland Post Primary Schools Committee, which organises these competitions each year, voted to complete their remaining games.

However, in another twist, the CCC of the GAA, along with GAA management, decided that only the few competitions that had not played their Provincial finals could play, deciding not to finish the All Ireland series of any of the 8 competitions in football and hurling at the different grades. Despite all of the affected schools appealing this decision, the GAA did not relent.
And, when schools reopened safely in late August, Cashel Community School and Birr agreed a date to play their final on October 14 and with the backing of their respective County Boards they brought their proposal before the GAA's Central Council.

To the shock and dismay of many, GAA President John Horan, along with Director General Tom Ryan closed the door to the suggestion.

Brendan Ryan, manager of the Cashel Community School team told The Tipperary Star: "It's massively disappointing. This team's last game together, was winning an All Ireland semi-final. We all understand that 2020 has changed with this pandemic, and in terms of GAA, it's great that fields reopened on June 29, and that club competitions have been played off. Along with games, thousands of kids across Ireland have flooded into GAA fields for Cúl Camps. We are so disappointed that we were not allowed to play this one game, since schools have reopened safely, and we had an agreed date with our opponents Birr."

Of the seven post primary schools competitions at senior level, three were ready to play their finals, while four still had the semi finals to play. It seems that when the agreed date was raised at the recent Central Council Meeting, the GAA President referred to the decision made in June, which was for completing all competitions, rather than allowing the meeting to consider this one game which was at the final stage.

"These young men worked so hard over a number of years to finally become Munster Senior B Hurling champions and then kicked on with great confidence to win their All Ireland semi final. For most of them, it may be the only opportunity they ever get to play in an All Ireland final. For the 6th years of 2020 it has been a hard last 6 months; missing out on the last few months of their secondary school days; confusion over their Leaving Cert; anxiety over the new calculated grading system; and worrying about college places. Their mental strain was only added to with the disappointment of not getting to play this one last game for their school,” added Brendan Ryan.

“It really is difficult to understand this decision, considering all the GAA club games that have been played, and that everyone is now looking forward to the intercounty season at senior, u20 and minor levels. The decision seems to totally undermine anyone involved in post primary schools GAA.

" We feel so sorry for the panel of players; their families who have been so supportive; the feeder clubs who have worked so well with the school; all our sponsors; the Cashel Community School GAA Support group for all their efforts, alongside the GAA, teachers in CCS who willingly give so much of their time promoting our games. It is just bitterly disappointing for so many. Its really hard to understand,” Brendan Ryan said