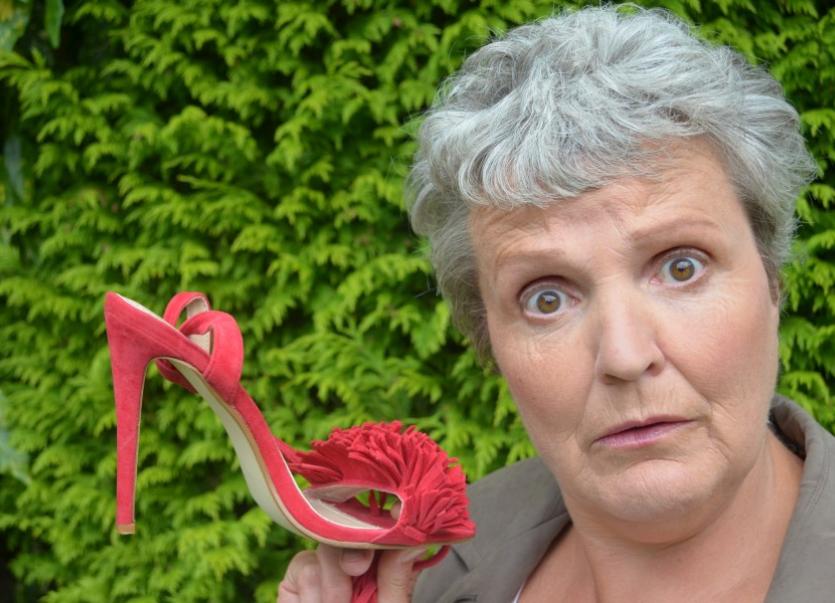 According to Sydney, performed by Rose Henderson

Cashel Arts Festival is delighted to announce that actor Rose Henderson will perform According to Sydney as part of this year's festival.

According to Sydney, plays should be dark, funny and short.

Rose Henderson plays Ruth, a law graduate who has been married for twenty-five years to the opinionated Sydney, who has sadly died. It’s important to spot the warning signs when a loved one is driving you over the edge, but did Ruth help him on his way? Did she go too far, in the end? Who is the woman who turned up at his funeral, wearing red shoes? Ruth didn’t mean to kill him… but in the end, something had to give.

One woman on a park bench.

Rose Henderson is an actor best known for her performance as Sister Assumpta in Father Ted, and possibly as Mary, Daniel O’Donnell’s one-time fan in the Energia Gas Boiler Safety ad. Other credits include children’s programme Pajo’s Junkbox, regular comedy for Nighthawks and Val in Fair City for RTÉ. She has written two plays, Ruby Tuesday directed by Deirdre Molloy and Take Off Your Cornflakes directed by Liam Halligan, a Show In a Bag for Fringe 2017. This was supported by the Arts Council on a National Tour as well as a Festival in Finland.

Recent film credits include Modern Love with Sophie Okenedo and Tobias Menzies, As Luck Would Have It with JoAnna Garcia Swisher and Alan Leech, and Ordinary Love with Liam Neeson and Lesley Manville. Rose was nominated for Richard Harris Best Actor in a Female Role and got a DICFF Special Mention Award for the short Rip to the Rescue by Cian McGarrigle, directed by Paudie Baggot. She has just written and produced the short film Shifting Sands, which was selected for Screen Ireland/Bowe Street Actor As Creator Scheme and will be premiering at the Galway Film Fleadh this year.

ACCORDING TO SYDNEY
by Gerry Lynch
With Rose Henderson (Father Ted/Fair City/ Weighing In/ Take Off Your Cornflakes)
and directed by Caroline FitzGerald.