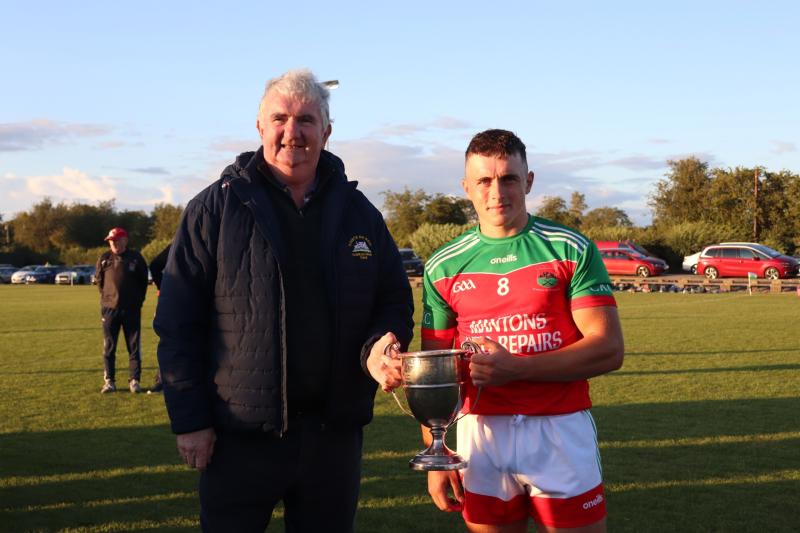 The final against Knockavilla Donaskeigh Kickhams was played this in Golden this week.

By: Francis Coughlan at Golden

Two late points from Conn Bonnar and Conor O’Dwyer secured Cashel King Cormacs the 2021 Crosco Cup Senior Hurling League title in an entertaining contest against Knockavilla Donaskeigh Kickhams in Golden on Wednesday evening. A Davy Butler goal and a Paudie Slattery point had brought Kickhams level and the crowd in attendance expecting extra-time but Cashel King Cormacs found that bit extra in injury time to ensure victory and avoid a third final loss in a row.

Dean Thompson got Kickhams off the mark in the fourth minute with a point from play. It was the sixth minute before Cashel King Cormacs scored. Ross Bonnar saw his initial effort saved well by Kickhams goalie Jack Breen before hitting the net on the second attempt from a tight angle. Paudie Slattery roaming out from his named corner forward position pointed for Kickhams but Cashel King Cormacs always looked dangerous. Ross Bonnar pointed from a free and play and this was added to with points from Dan Moloney and Conn Bonnar (free) to see five points between the sides. With Ross Bonnar getting on a lot of ball and finding space Kickhams dropped Walter O’Carroll back in front of him to try and limit his effect on the game. Kickhams rallied before the water break with points from Stephen Browne, Michael McCormack and Conor Horgan (free), to see just two points between the sides at the water break, 1-4 to 0-5.

The goal continued to be the difference as Cashel King Cormacs saw their two corner forwards Jack McGrath and Aaron Moloney get on the board. Eight minutes from half time and the sides were level. Paudie Slattery winning Jack Breen’s puck out between the forty five and sixty five yard line on the stand side before sending a diagonal pass to Shane Morrissey who beat his man but failed to get his shot away and the resulting scramble saw Dean Thompson who had been a constant threat in possession scramble the sliotar to the net. Cashel King Cormacs finished stronger to outscore their opponents 0-4 to 0-2 in the remaining minutes of the half, to lead at half time 1-11 to 1-9. 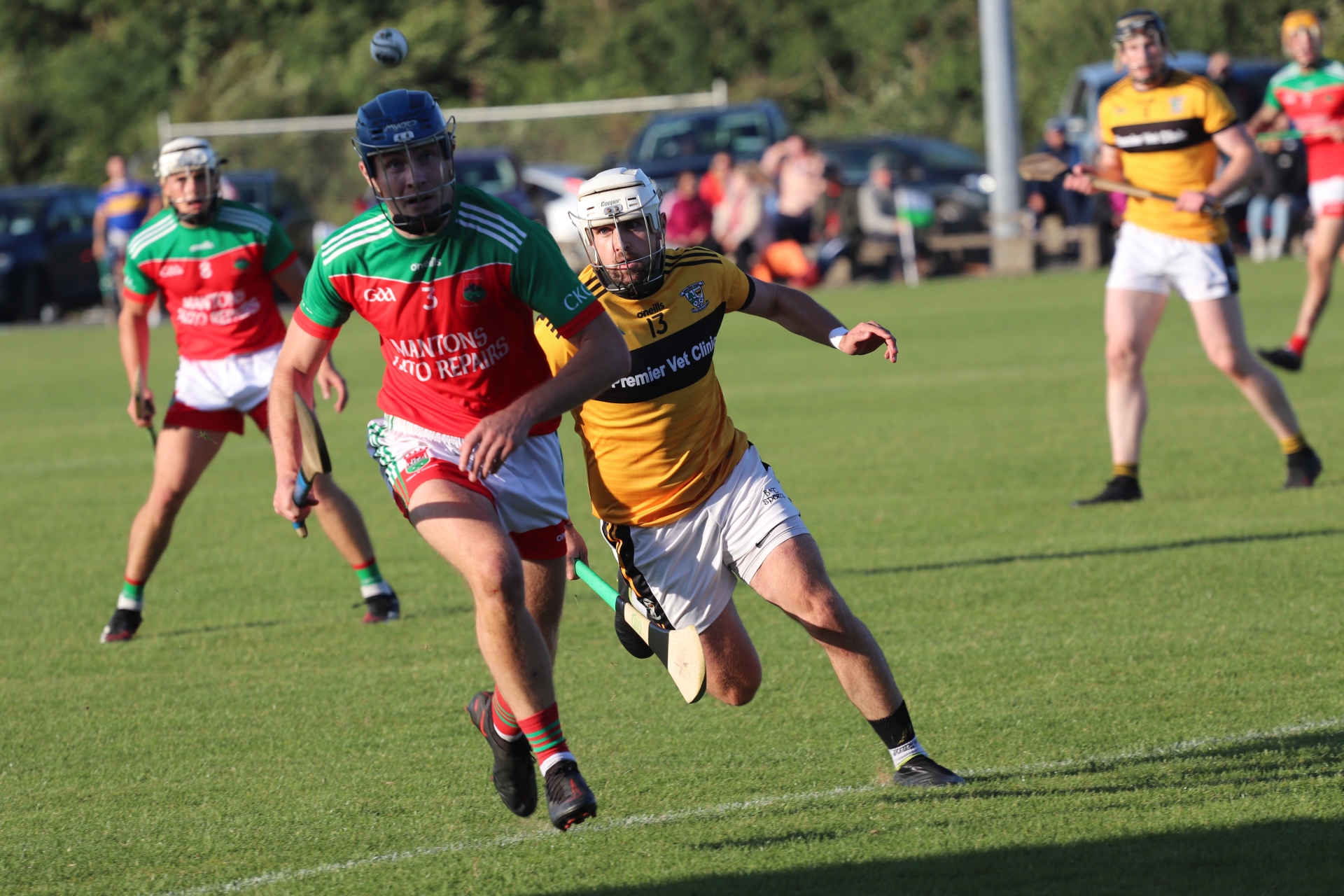 Cashel introduced Mickey Coleman and Cormac Ryan for the second half with the latter winning and clearing a lot of possession on his introduction. Cashel got a big boost on the resumption when Aaron Moloney found the net and it gave them a huge advantage going forward. Moloney would have a big impact on the game finishing with 1-3. Conor Horgan who was hurling well at wing back responded with a pointed free but further point from Ross and Conn Bonnar, Mickey Coleman and Aaron Moloney stretched Cashel’s advantage to eight points after nine minutes of the half. Kickhams though remained determined and finished the quarter with points from Paudie Slattery and Shane Morrissey to remain in touch. 2-16 to 1-13 at the third water break.

Kickhams came more into the game and when Paudie Slattery pointed in the twenty fourth minute the gap was just four points. The feeling was that Kickhams needed a goal and with five to play the game was thrown right into the melting pot. Kickhams had been playing just one in the inside forward line but had seen some high balls drop into the goalie’s hands. Dean Thompson collected possession out past the twenty-one before forcing his way past defenders heading for goal, losing possession in a tackle, only for Davy Butler to pull to the net and the crowd came alive again. Two minutes into injury time Paudie Slattery pointed the equaliser and extra-time loomed large. But Cashel found that bit extra in injury time and points from Conn Bonnar and Conor O’Dwyer saw them past the finishing post, 2-19 to 2-17.