The side played Our Lady's Templemore in Cashel this week 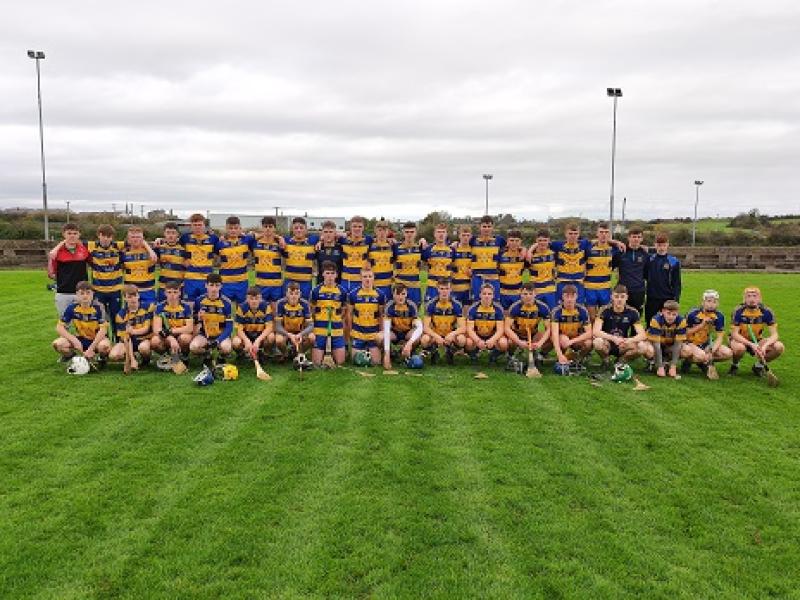 The Cashel Community School team which defeated Our lady's Templemore in the Dr Harty Cup this week.

Cashel Community School returned to Harty Cup action for the first time in almost ten years this week defeating near neighbours Templemore in a hard fought game with a workman like team performance.

The game was played in Leahy Park Cashel, which was excellently turned out, with a large local crowd in attendance and looked from the outset to be a tense affair.

Captain Cathal Quinn opened Cashel's account with a point, but it was the Mid Tipperary school that were causing the early problems and led by three points to one after five minutes.

Cashel did eventually get a foothold in the game and levelled with placed balls from Ben Currivan. The West Tipperary team then goaled through their dangerous corner forward Anthony Walsh who fired to the net from a tight angle, but Templemore responded straight away with a point from Jamie Ormond.

The gap remained at two as both teams headed for the first water break 1-5 to 6 points. Cashel won the next quarter five points to two leaving them 5 clear at the break.

The game continued along a similar pattern in the second half with Templemore scoring 1st through Borrisoleigh clubman Paddy McCormack, before Cashel responded with points from Fabian Ryan and Ronan Connolly (now in playing in the forwards).

Our Ladys responded scoring a goal from a 21m free straight after the water-break but CCS his back  immediately with the energetic Walsh scoring his second goal.

The Cashel school closed the game out in the final 15 minutes with points from Oisin O'Donoghue, Fabian Ryan, Dylan Fogarty and Cathal Quinn, leaving the final scoreline 2-22 to 1-14.

CCS had a balanced team performance, with those already mentioned to the fore, while backs Ger O Dwyer, Joey Davis and Jack Quinlan all had big moments, along with Shane Buckley and Eoin Moloughney who worked hard in the congested middle third.

This result now sees Cashel face might of St Flannan’s (Clare) in round two while Templemore go up against local rivals Thurles CBS in two weeks’ time.