Have your say on the Cashel Town Public Realm & Signage Strategy

Deadline for submissions is January 5 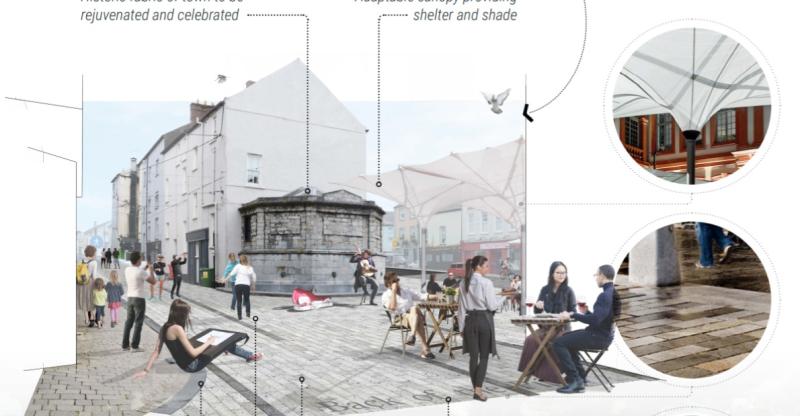 A new strategy to pedestrianise a section of the middle of Cashel known as the ‘Back of the Pipes’, decrease the number of car parking spaces on the Main Street, and a proposal to have a one-way traffic system on the Main Street, are dividing local residents and businesses in the heritage town.

The Cashel Town Public Realm & Signage Strategy is now on display in Cashel Library, and online at www.tipperarycoco.ie The deadline for submissions is January 5 next.

“This stage forms part of an exciting and important process that aims to secure Cashel as a great place to live in and work in, as well as being a successful international tourist destination,” states the strategy put forward by the Paul Hogarth Company.

“As such, it forms part of the on-going partnership between Tipperary County Council and Fáilte Ireland, who are working alongside The Paul Hogarth Company in its development.”

The aims of the strategy are to better connect the town centre to the Rock of Cashel, so as to benefit each of the town, the Rock and the wider region, to provide additional safe and usable open space on the Main Street for those who live in, work at and visit the town, to develop Cashel Town’s laneways as unique and special local connections, linking improved road crossings to the off-street carparks, and to rationalise and simplify the town’s and region’s trail network, providing clear, unique and memorable visitor experiences.

The consultation suggests “some on-street parking can provide a flexible dual function: allowing cars to park while at certain times, seasonally or in the future, providing additional people space for events, dining, seating and other functions of the public realm.”

Cashel “town’s historic Back Of The Pipes is seen as a thriving pedestrian thoroughfare with space available for on-street dining and performance, as well as direct and safe connections between The Rock and the Plaza, and other homes and businesses along Main Street.” There is a proposal to have an “adaptable canopy providing shelter and shade.” Currently, this area of the town provides almost all of its space for vehicles, leaving only tight areas for safe pedestrian movement. Additionally, there is a proposal to have an “overhead canopy offering shelter and sun shade”on the Plaza.

The current vehicle network is retained along Main Street, however a reduction in the on-street parking spaces allows for an increase in safer space for pedestrians, cyclists and other street users and visitors. It’s understood that up to 39 car spaces could be removed.

There is an “aspiration of retaining the existing street network and the majority of on-street parking along Main Street. As such, some additional space for seating, lighting, planting and safe pedestrian movement is provided simply through the adjustment of existing kerb lines”

Concerns have been raised by some local residents of Dominic Street about vehicular access, particularly for those with disabilities.

Meanwhile, it’s understood there are potential plans to install a roundabout connecting the Lower Green to Boherclough street, and to construct a new social housing development of nine dwellings on a 0.19 hectare site where the old Connors disused shop was and adjoining derelict house, at the junction of Boherclough street and Deerpark road.