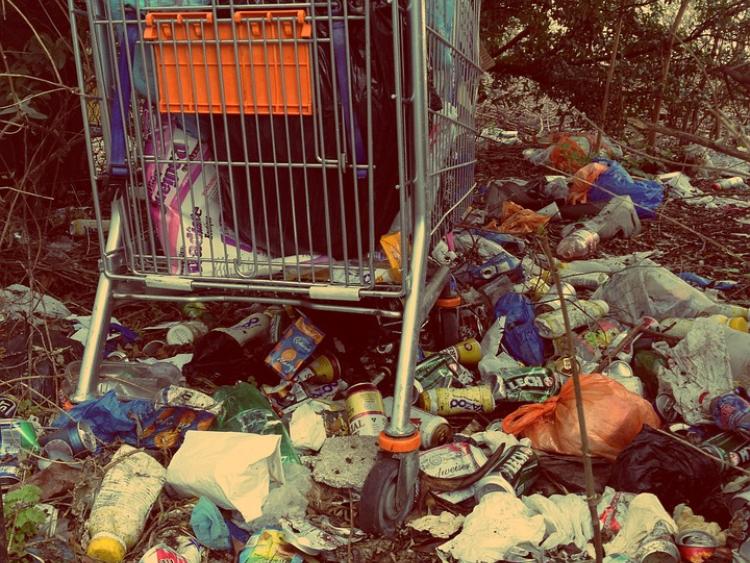 Scourge of littering in County Tipperary continues to come under scrutiny

A Tipperary councillor has slammed people dumping rubbish across the county.

Cllr Michael Anglim said the scourge of littering on roads needs to be clamped down on, drawing particular attention to the rubbish being dumped on the Wood Road from Clonmel to Ardfinnan.

“A lot of people out there have to seriously cop on to themselves. People are throwing half drank bottles out the window. People just have to bring their litter home. It’s a massive problem for the country to have to face. You can throw it away for free and yet they still litter. They need to get a grip,” Cllr Anglim told Clonmel Borough District’s January meeting last week.

Cllr Marie Murphy called on the council to apply for any funding that becomes available to tackle littering. “We need to bring more awareness to people about the damage of littering. We have to get back into the schools and tell kids to reuse and recycle. We need to publicise the initiatives we are doing and one way to do that is through the schools,” Cllr Murphy suggested.

Mayor Richie Molloy called on the public to play their part in fighting the scourge. “Human beings have to sort out all the rubbish that is being dumped. The council can only do so much,” Mayor Molloy added.

Cllr Siobhan Ambrose praised the workers at the Carrigeen civic amenity site for doing a “phenomenal job”, while calling for a facility to be made available where people can dispose of mattresses.

“It really bodes well to see the amount of people recycling at the civic amenity site. The site can take everything bar mattresses, which are one of the big items being dumped, particularly in rural areas,” Cllr Ambrose said.

She was informed that such a facility for mattresses would have to be done at regional level, and it’s not something that has generated considerable interest from other local authorities.

Cllr Ambrose slammed those who allow their dogs to foul on the streets, calling for an initiative where council workers go out  early in the morning and remind dog owners about the importance of using pooper scooper bags. “The town is littered with dog fouling - it’s a scourge! A huge majority are using the pooper scooper bags, but unfortunately there are still some who don’t see any problem with letting their dogs foul on the street. Dog fouling causes huge problems for shop owners, homeowners and wheelchair users. It’s just deplorable,” Cllr Ambrose continued.

Cllr Ambrose also called for a plastic free day in supermarkets across the Clonmel Borough District. “We could decide on date for a Saturday. They done it in Galway and it was very worthwhile. All the supermarkets engaged with it! When people got to the cashier, they removed all their plastic and it served in reminding them of all the plastic that comes on our products,” she added.

Councillors were informed that there is one prosecution for littering in the county set for court. Going to court is costly, so cases must be “cast-iron”. The council is “hopeful” that there will be prosecutions from other pending cases.