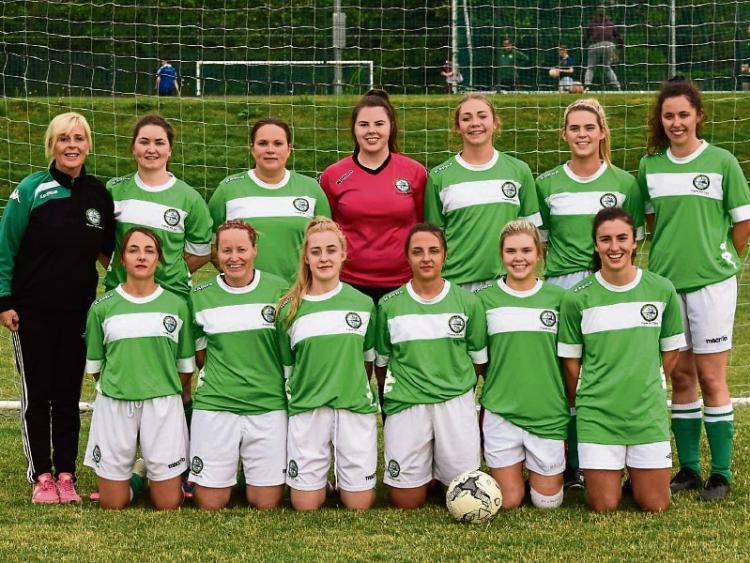 Clonmel Celtic Ladies were crowned Division 2 winners in August 2019 after only dropping points in their first game of the season. They lost that encounter to Cahir Park Ladies FC, runners up in Division 2 league, after taking a year off the pitch with limited pre-season training done.

Clonmel Celtic didn’t drop another point in their remaining nine games, giving them the best goal difference in the league, scoring 49 goals and conceding just 10. Along the way they had some very convincing wins, in particular, the final  game of the season.

At the halfway stage of the season , there were three teams level on points and contending for the league: Clonmel Celtic, Cahir Park and Birdhill. The two turning points of the season were beating Birdhill (away) and Cahir Park (home) to put themselves in serious contention at the top of the table.

The league went down to the last few games between the three teams with Clonmel Celtic finishing the strongest, only needing a draw in their last game, but the win saw them clear champions at the top with three points to spare.

Credit must be given to the full squad who were all called on throughout the season and there were some exceptional individual and team performances in all matches.

The week after the league finished led straight to the Tipperary Cup and Celtic ladies were drawn at home to Division 1 Cullen Ladies FC. This game was a seven-goal thriller with  Celtic coming out on top  4-3 in the last two minutes to book their place  in the  semi-finals. Here they  were drawn away to  the unbeaten Division 1 champions Killenaule and after a close game  Celtic lost out by 1-0.

These two cup results give the squad  confidence that Clonmel Celtic ladies will be strong competitors in the Division 1 League in 2020.