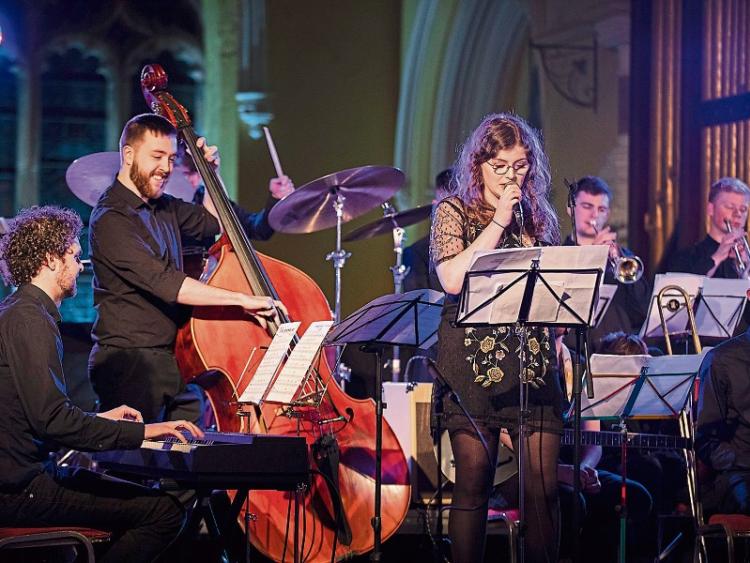 Female composers have been neglected for centuries but they found their voices with a vengeance  in Clonmel at the recent extremely successful Finding A Voice festival, a four-day celebration of music by women that ended on a high on Sunday, March 8, which was International Women’s Day.

With programmes ranging from 12th-century pieces to the world premieres of new works by Irish composers, eight concerts were a feast of classical, jazz and traditional Irish music for an audience that has been growing every year since this unique event was founded in 2018 by Clonmel sisters Róisín and Clíona Maher.

It is the only event of its kind in Ireland or Britain and brings to light important works which have been forgotten for decades or even centuries.

Clonmel’s own Darragh Johnson got a great reception playing flute and tenor saxophone, with the concert including works by jazz greats such as Mary Lou Williams, who wrote works for Duke Ellington and was a major star in her own right; and rising Irish star Áine Delaney.

Also in Old St Mary’s, on Friday, Andreea Banciu on viola and Aileen Cahill on piano performed a beautifully romantic lunchtime programme of works including Clara Schumann, one of the most renowned pianists and composers of the nineteenth century.

Andreea Banciu was back on stage on Friday evening with her colleagues in the RTE ConTempo Quartet, and they were joined for the second half of the programme by Aileen Cahill for Amy Beach’s Piano Quintet.

Isabelle’s solo piano programme on Saturday evening included the world premiere of Sun of Orient Crimson with Excess of Light, by Gráinne Mulvey; and the Co. Carlow-based composer was present at the concert, as was Siobhán Cleary, whose Chaconne was also included on this programme of contemporary piano music.

On Saturday afternoon, Michael Dervan, music critic with the Irish Times, gave an extremely interesting talk in the Tipperary Museum of Hidden History about Maud McCarthy, a world-class virtuoso violinist born in Clonmel in 1882, who died in 1967.

She appeared as a violin soloist with two of America’s greatest orchestras, the Chicago and Boston Symphony Orchestras, and after her career was cut short by neuritis, she remained musically active in many other areas, particularly Indian music.

Sunday’s events began with a concert in the Main Guard by harpist Anne Marie O’Farrell including music by a number of Irish composers; and the first performance by Beyond the Lake by Rose Connolly, the extremely talented winner of the Finding A Voice Emerging Composer Competition.

Rose, along with Imogen Gunner and Emma Maguire, lost no time going to Old St Mary’s for the second event of the afternoon, a superb free concert of original work in a traditional Irish style composed and performed by the three.

The weekend ended on a high with a sell-out concert in the Main Guard by the Irish Baroque Orchestra, featuring works from the 12th to the 18th centuries performed, like the rest of the weekend’s offerings, to an exceptionally high standard.

After an exceptionally entertaining, interesting and moving weekend of music, those who attended Finding A Voice 2020 can only look forward to 2021!