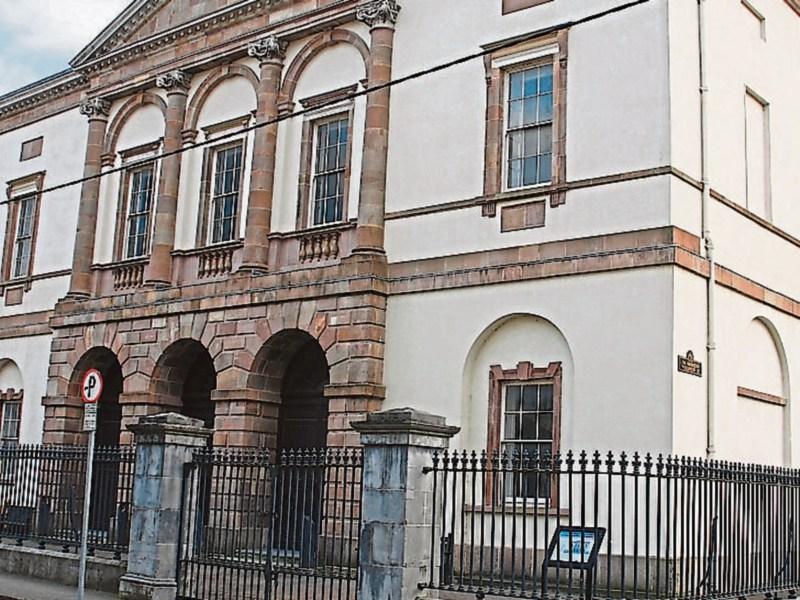 Clonmel Courthouse where the criminal prosecution was heard.

A young Clonmel man was falsely imprisoned in a car over a €100 cannabis debt and driven to the Comeragh Mountains area where he was punched in the jaw and abandoned in the middle of the countryside at night, Clonmel Circuit Court’s latest session was told.

Judge Tom Teehan described the ordeal David Mullins endured on the night of October 9, 2017 as "quite horrific" and "frightening" as he sentenced Kevin Humphries, aged 22, of 27 Ard na Greine, Clonmel and Cody Browne, aged 21, of 2 Church Close, Ballyclerihan for the offence of false imprisonment.

Det. Gda. John Power gave evidence that the incident began at King Street in Clonmel. David Mullins left his house to go to a shop.  On his way out of the housing estate, he was approached by Cody Browne, who asked him was he David Mullins. Mr Mullins replied he was and Browne brought him to a nearby car. Kevin Humphries got out of the vehicle and requested Mr Mullins to pay a €100 debt he allegedly owed for cannabis.

Mr Mullins stated he didn't have this money. He was  pushed into the rear of the car. Humphries got into the vehicle and it took off.  Det. Gda. Power pointed out there was a female in the front seatof the car. She was arrested in relation to this incident but the DPP directed that no prosecution by pursued against her.  Browne was in the back of the car with Mr Mullins while Humphries was the driver. He drove the car to Barravakeen, a townsland near Powers the Pot about a 20 minutes drive  from King Street.

Humphries and Mullins got out of vehicle and Humphries requested the return of the money. Mr Mullins again stated he didn't have it. Humphries punched Mr Mullins in the jaw and then returned to the vehicle and drove away, leaving Mr Mullins stranded in the dark.

It was between 8.30pm and 9.30pm and it was quite an isolated area with no lighting, Det. Gda. Power continued. Mr Mullins made his way to a nearby house, knocked on the door and raised the alarm. The owner of the house contacted the gardai. Gdas. Costello and Lynch found David Mullins walking on the Mountain Road. They brought him back to Clonmel where he made a statement to Det. Gda. Pat O'Gorman.  Humphries and Browene were arrested and interviewed and  they admitted the offence.  Browne told gardai at no stage did he intend to carry out this action. It was a spur of the moment thing. Both Humphries and Browne hadn't any previous convictions and Det. Power said both showed remorse for what happened when they were arrested.

Browne's defence barrister Cephas Power BL put it to Det. Power that when his client realised Mr Mullins had been punched, he got out of the car, came to his assistance and lifted him up from the ground. Det Power replied that Browne did affirm that and, in view of his frankness in relation to the incident,  he believed him.

Mr Power explained that Browne was drinking in a pub in Thomas Street in Clonmel for a substantial period of that day. As he went to call a taxi, Humphries passed by. It wasn't a pre-arranged meeting. His client just thought Humphries wanted a word with Mr Mullins. He didn't know anything about taking him away in the car.

The barrister pointed to the fact that his client admitted when interviewed by gardai that it was a "stupid mistake" and he wouldn't have got involved in it if he wasn't drunk.

He appealed to Judge Teehan to take into account the remose shown by Browne and pointed out that his client had expressed great concern about the victim. He also asked the court to take into account his previous clean record and the fact the Probation Service assessed him as being of a low risk of re-offending.

"I suggest incarceration should be the last resort in this case due to the out of character nature of this incident. I ask the court to be lenient," Mr Power added.

Humphries' barrister Suzanne Gorey BL said her client expressed regret for his actions. He realised his behaviour was totally inappropriate, put Mr Mullins in fear and could have potentially caused serious harm to Mr Mullins when he left him in that area. Her client sent an apology letter last May.

She explained that her client unfortunately fell into the drugs culture in Clonmel, which spiralled very quickly and he went from experimenting to using drugs on a daily basis. This incident had a very salutary impact on him. He attended a drugs addiction counsellor and was free of drugs for the past 12 months and now had a full time job. She submitted a letter to the court from his employer.

Ms Gorey pointed out that Humphries always had a desire to travel to Canada but that was not possible now because of his conviction. "This case has been a daily worry for him. It effects every area of his life. It has been a source of great stress and worry on his family and brought his family name into disrepute," she said. Michael O'Rourke, a 78 year-old neighbour of Humphries,  wrote a reference letter to the court describing how the defendant had always been kind to him, doing work in his garden, helping  him around the house. "Every night he comes home from work, he comes into me to enquire about me. All my family live in Boston," he explained.

Mr O'Rourke said Humphries knew he made a big mistake and what he did was wrong. He was ashamed of his actions and the attention it brought on him.

Imposing sentence, Judge Teehan said Mr Mullins went through a very, very difficult time on this night and it must have been very frightening for him. He didn't know where he was being brought. He was taken out of the car, punched, knocked to the ground and abandoned in the middle of the countryside at night. This must have been quite horrific experience for him, the Judge  declared.

Judge Teehan noted the maximum sentence for false imprisonment was life in prison but he concluded this case came at the lower end of the scale with Humphries's actions higher on the scale than Browne's.

He said both men came from good families and he had no doubt the remorse they felt was a result of that. The shame both felt at getting involved in something of this nature was something they would have to live with. He accepted the incident wasn't pre-meditated, least of all on the part of Cody Browne.

He imposed a four years jail term on Humphries, which he suspended for four years on condition he entered into a bond to keep the peace and desist from ingesting drugs.

The two years jail term he imposed on Browne was suspended for two years on condition he keep the peace and not ingest alcohol during that two years period.