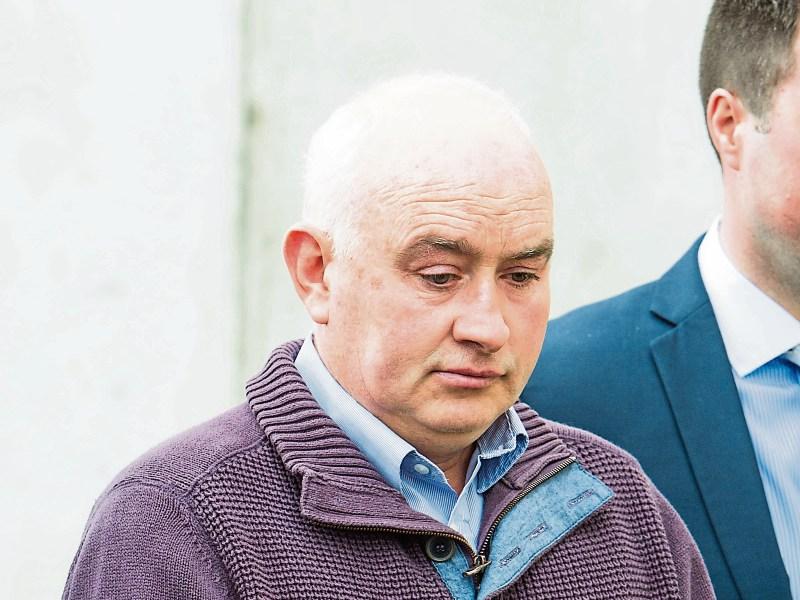 A recording of Mary Lowry having a conversation with the man she started seeing after Bobby Ryan went missing was recovered from a computer found in murder accused Patrick Quirke's home, the Central Criminal Court trial has heard.

The trial also heard today that Pat Quirke "hadn't anything good to say about Bobby Ryan" and told her brother Eddie Quigley that Mary was doing the wrong thing by going out with him. Mary Lowry also returned to the witness box to identify herself on the recording.

Patrick Quirke (50) of Breanshamore, Co Tipperary has pleaded not guilty to the murder of part-time DJ Bobby Ryan. Mr Ryan went missing on June 3, 2011 after leaving his girlfriend Mary Lowry's home at about 6.30am.

The prosecution claims Mr Quirke murdered Mr Ryan so he could rekindle an affair with Ms Lowry (52).

Flor Cantillon told prosecution counsel Michael Bowman SC that he started seeing Mary Lowry after meeting her on a St Patrick's Day weekend in Killarney, Co Kerry in 2012, less than one year after Bobby Ryan's disappearance.

They had a relationship for about two years.

In January of this year Mr Cantillon said he met Detective Sergeant John Keane who played an audio tape to him.

Mr Cantillon identified Mary Lowry's and his own voice on the recording.

She was reading the problem page of a newspaper. He could hear her asking a question and he asked her what was the verdict of the problem. He further told Mr Bowman that he did not know he was being recorded and did not give permission to be recorded.

Detective Sergeant John Keane told Mr Bowman that the recording he played to Mr Cantillon originated on a hard drive seized from the accused man's home on May 17, 2013.

The jury listened to the audio on which Ms Lowry can be heard laughing as she reads from a problem page article relating to cross dressing.

Mary Lowry told Mr Bowman that she met with Sgt Keane on January 11 this year. He played the audio to her and she was "100 per cent certain" it was a recording of her and Mr Cantillon.

She said she did not make the recording and did not give anyone permission to record the conversation.

Under cross examination Ms Lowry told Bernard Condon SC for the defence that she agreed to allow her three children to be interviewed by gardai in 2013 following the discovery of Bobby Ryan's body.

She denied a claim by gardai who made a statement at the time that Ms Lowry got angry when she was told she couldn't be present during the interview.

She said she had initially thought she could be present but it was explained to her that she couldn't so she remained in the house but not in the interview room.

During cross examination the witness told Mr Condon: "I feel intimidated," to which Mr Condon responded that he was just putting things to her that were said by gardai in 2013.

She added that she did not remember if she made a complaint to garda management about not being allowed to be present for the interview.

Mary Lowry's brother, Eddie Quigley, told Mr Bowman that he was one of four children and grew up on a small farm in Newport, Tipperary. He was the second child, Mary the third.

As a carpenter he would do jobs around the house for Mary after she moved to Fawnagowan with her husband Martin. Mr Quigley said he has always been close to Mary and his children are close to hers.

He knew the whole Lowry family including Pat Quirke and his wife Imelda. Imelda is Martin's sister.

He remembered that when Martin Lowry started complaining about a pain in his knee he put it down to an old football injury.

But he was later diagnosed with cancer and died in September 2007. Mary was "devastated", Mr Quigley told the court.

He added: "You could see she found it very difficult to cope and get on with life."

She didn't really talk about his death and Mr Quigley felt she needed to talk to somebody. She tried, he said, to get on as best she could because her three children were very young.

Mr Quigley said he was always there and if she needed anything she could call him.

He knew that Mary leased her deceased husband's farm to Pat Quirke but Mr Quigley had no involvement in that. As far as he knew she was "ok" financially although she had no income.

When she started going out with Bobby Ryan, Mr Quigley was happy for her. She seemed happy, he said, and on the three or four occasions he saw them together they appeared to enjoy each others company.

He recalled telling Patrick Quirke that "someone hadn't much to do" for reporting Mary to the health board for leaving her kids on their own.

The trial has previously heard that Mr Quirke reported Ms Lowry to Tusla, the child and family agency, telling them that she had left her children alone on weekends.

Mr Quigley said it was not true that she left her children alone. He said Mr Quirke didn't respond.

He also recalled Pat Quirke telling him he wasn't happy with Bobby Ryan being involved with Mary.

"He hadn't anything good to say about Bobby Ryan," the witness said. Mr Quirke asked him to "talk sense into Mary."

Mr Quigley added: "He felt she was doing the wrong thing being involved with Bobby Ryan. I told him it's her own decision what she wants to do."

On the day Bobby Ryan went missing Mr Quigley was in Killaloe, Co Clare when he received a phone call from his sister.

He drove to her, arriving at her home at about 3pm.

A search was already under way. Mary was "visibly upset", he said.

Mr Quigley will continue his evidence on Friday in front of Justice Eileen Creedon and a jury of six men and six women.