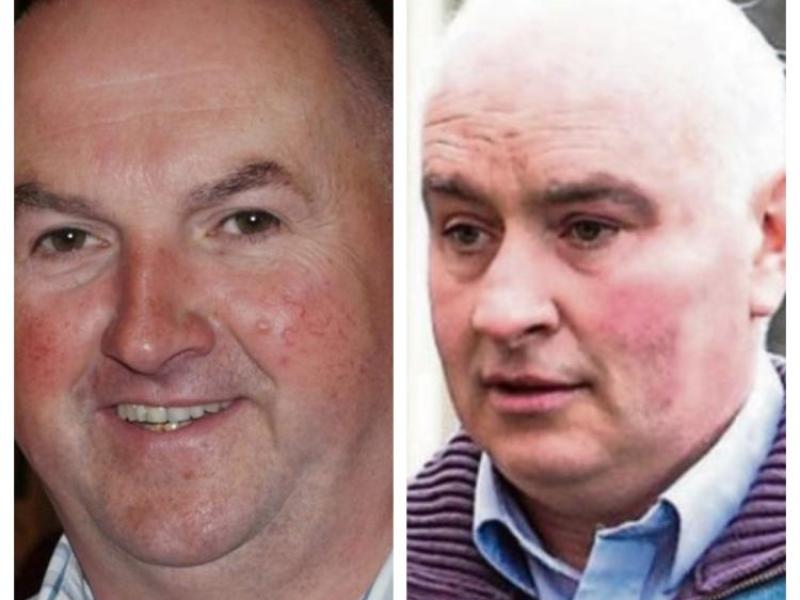 Mary Lowry's son describes Pat Quirke as "in control most of the time, grumpy some of the time. He went around the farm as if he kind of owned the place"

Mary Lowry's son has described murder accused Pat Quirke as "in control most of the time, grumpy some of the time" and said he went around his mother's farm "as if he kind of owned the place".

Giving evidence at the Central Criminal Court 19-year-old Jack Lowry spoke about his mother's relationship with Bobby Ryan and his memories of the accused.

Mr Quirke (50) of Breanshamore, Co Tipperary has pleaded not guilty to the murder of Bobby Ryan, a part-time DJ known as Mr Moonlight.

Mr Lowry told prosecution counsel David Humphries BL that he lived with his brothers and mother in Fawnagowan until April 2013. His father had passed away in 2007 when the witness was eight years old.

Following his father's death he remembered Mr Quirke leasing the family farm from his mother.

He knew all of Pat's children and got on well with Alan, who died in a tragic farm accident in 2012.

Mr Lowry said Alan, who was one year younger than him, would come to Fawnagowan with his father most days and they would play together around the farm.

When he was younger he got on with Mr Quirke, he said, adding: "I have nothing against him."

He later said that Mr Quirke was "in control most of the time, grumpy some of the time. He went around the farm as if he kind of owned the place."

He recalled going with his mother and brothers to Portugal and Spain with the Quirke family where they rented a villa with a private pool. They all got on, he said.

When his mother started seeing Bobby Ryan the witness "felt weird about it" at first and used to "slag him off about being bald".

He said he thought Mr Ryan was taking over his father's role.

He also remembered Mr Ryan taking him and his brothers to Tramore in Waterford where he brought them on carnival rides and into the arcades.

His mother and Mr Ryan seemed happy together, he said.

He added: "My mother was happy when he was around."

When Mr Lowry was 11 years old Bobby Ryan bought a 1987 Toyota Corolla for the witness's older brother Tommy so he could practice driving.

This witness said he was in it when Tommy drove it but at that time he was too young to drive it himself.

The day Mr Ryan went missing the witness remembered coming home from school and seeing his uncle Eddie, which was strange.

He found out that Bobby was missing but doesn't remember who told him.

He didn't know of the tank where Bobby Ryan's body was found but he had previously noticed the concrete slabs that covered the top.

Under cross examination he told Lorcan Staines SC for the defence that he could not remember what happened when he spoke to gardai in 2011.

He said he spoke to gardai again in February of this year after a garda approached him to make a statement.

He has no memory of Bobby Ryan calling to the house on June 2, the day before he went missing.

He said he also has no recollection of ever going to his grandmother and complaining that his mother was not home.

He said he was "100 per cent sure" that the Toyota Corolla car was bought for Tommy to learn to drive and that he, Jack, did not drive it until he was older.

He told Mr Staines: "I could barely reach the pedals. I didn't even know how to start a car at that at that age."

Mr Staines told the witness that Tommy had previously told the trial that the car was for both of them and asked him if he wished to reconsider his evidence.

Referring to the tank where Mr Ryan's body was found he said he knew there was concrete there because it "stood out" in the middle of the field. But he was young so he took no notice of it.

In reexamination Mr Humphries asked the witness if he remembers ever being left unminded at home and he replied that his grandmother, Rita Lowry, was always there.

In her deposition Ms Lowry told prosecution counsel Michael Bowman SC that she had lived at Fawnagowan since 1958 and was married to John Lowry.

They had four boys and four girls. Martin, Mary's husband, was the eldest boy and became principal heir to the farm when John passed away in 1993. Martin married Mary and they built an extension to the house where they lived with their three boys before Martin passed away in 2007.

Mary was "very upset," she said, adding: "Really upset. She was grieving after it."

She remembered that Pat Quirke helped her and that his cattle started grazing the land at Fawnagowan.

He would be there nearly every day, arriving around 12pm. She said Mary and Pat were great friends.

Rita met Bobby Ryan only once or twice but said she wouldn't have really known him.

She was happy that Mary had met someone and she said that Bobby got on with Mary's children.

The night before Mr Ryan went missing she was out playing cards and arrived home about 11.30pm.

It was a normal night, she said. She went to bed and slept soundly.

The following morning was also normal - Mary Lowry dropped her into town to meet her daughter as she would every Friday.

She got home about 3pm and saw Mary crying and "very, very upset".

Ms Lowry told defence counsel Bernard Condon SC that she remembered telling gardai that Jack, her grandson, came to her one morning and said his mother wasn't home. A short time later Mary drove in.

Prosecution counsel Michael Bowman SC told the jury of six men and six women that the prosecution evidence is likely to finish on Thursday and the case will formally close on Friday morning.