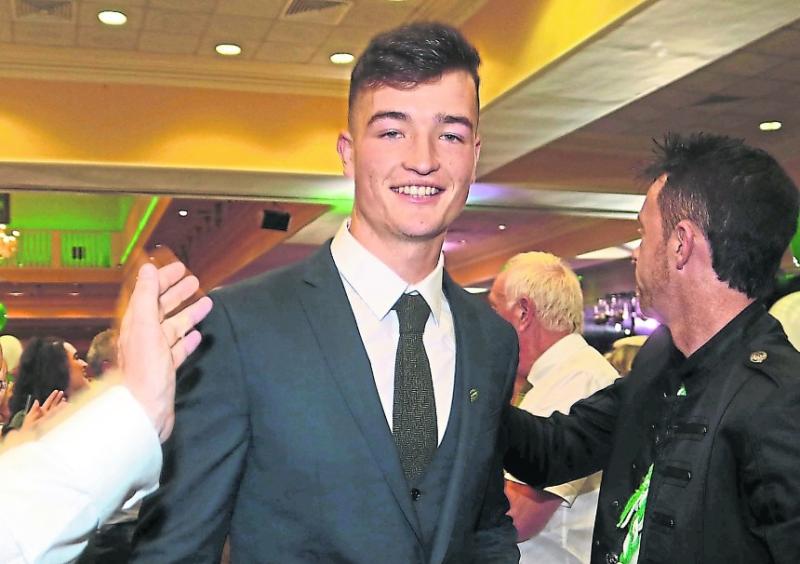 FORMER Young Hurler of the Year Kyle Hayes has been granted bail after he appeared in court charged in connection with an incident in the city centre last October.

The 21-year-old, who has an address at Ballyoshea, Kildimo has been charged with violent disorder relating to an incident which occurred at Denmark Street in the early hours of October 28, 2019.

Another man – Evan Kelly, 21, of Shannon Grove, Pallaskenry – also appeared before Limerick District Court this Wednesday after he was charged in connection with the same incident.

He too faces a single charge under the provisions of Section 15 of the Criminal Justice (Public Order) Act, 1994.

During a brief hearing, Judge Marian O’Leary was told Kyle Hayes, who was Man of The Match in the 2018 All Ireland Hurling Final, was charged by Detective Garda Barry Moylan at Henry Street garda station at 2.06am and that he made no reply.

Mr Kelly was charged by Detective Garda John Sheehan following his arrest at 12.50am. He also made no reply when charged.

In each case, the judge was told there was no garda objection to bail subject to the defendants’ compliance with a number of conditions.

Both must live at their home address pending the conclusion of the proceedings and they were ordered not to have “any contact whatsoever” with any witnesses in the case including eight named individuals.

There was no request for a curfew or a sign-on condition.

Sergeant Sean Murray said a “substantial file” is being prepared for the Director of Public Prosecutions and he requested a lengthy adjournment of the case to allow gardai to seek directions.

After being informed by solicitor John Herbert that his clients are students and unemployed, Judge O’Leary granted an application for legal aid in each case.

She also agreed to adjourn the matter to May 6, next for DPP’s directions.

Mr Hayes and Mr Kelly, who appeared before the court separately, only spoke to confirm their signatures on their respective bail bonds.

Kyle Hayes wore a black and white Adidas top while Evan Kelly was wearing a tracksuit top under a maroon jacket.

If the matter is to proceed on indictment before the circuit court, a maximum penalty of ten years’ imprisonment applies.