Three years suspended jail term for man caught with over €31,700 worth of cannabis in Tipperary 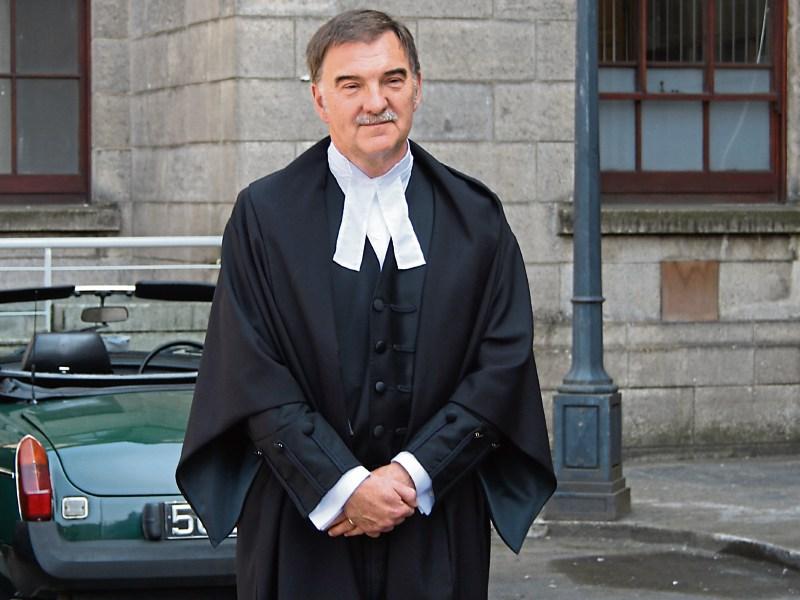 A 42-year-old man arrested for drink driving on the M8 motorway at Cahir turned out to be also transporting more than €31,700 worth of cannabis, Clonmel Circuit Court was told.

Kieran O’Regan of 2 Greenfields, Model Farm Road, Cork received a three years suspended jail term at the court for possessing drugs worth €13,000 or over at Cahir Garda Station  on April 14, 2018  for the purpose of selling or supplying  to others.

The court was told Mr O’Regan was a  courier of the drugs as he had a drugs debt due to his chronic heroin addiction.

Sgt Brendan Franklin told the court gardaí based at Cahir Garda Station conducted a speed check on the M8 motorway on April 14, 2018.

Their attention was drawn to a car being driven by Kieran O’Regan.

They stopped the vehicle on the motorway at Cahir Abbey Upper and arrested him on suspicion of drink driving.

Mr O’Regan was brought to Cahir Garda Station and a search of his car and possessions found him in possession of €31,716 worth of cannabis.

When he was being interviewed at Cahir Garda Station, he told gardaí he was in debt and was trying to clear the debt. He declined to say who he collected the drugs from and who he was driving them to. He expressed during interview a certain amount of fear in giving information on the origin of the drugs.

Sgt Franklin said he established from consulting with colleagues in Cork that Mr O’Regan was on the “lower rung” of the drugs crime ladder.  He understood he was a drug addict and he availed of the opportunity to feed his habit.  There was no evidence he was going to profit from these drugs.

The sergeant outlined that Mr O’Regan had previous convictions for possessing drugs, possessing drugs for sale or supply to others, obstruction under the Misuse of Drugs Act, assault causing harm, 17 convictions under the Theft Act and 21 road traffic convictions. He is currently serving a six year jail sentence that began in May last year.

Defence barrister Peter Flynn BL submitted that all the drugs offences committed by his client happened in 2017 and 2018. He was addicted to heroin when he committed this offence and was doing the bidding of his (drug) suppliers in Cork.

The barrister explained that his client came from a good family background and started to abuse alcohol at the age of 14. He left school without any qualifications but managed to settle down in his 20s, obtained full-time employment and was in a stable relationship. He had a 19-year-old son. Mr O’Regan began to dabble in heroin when he was in his 30s. He developed a chronic addiction and lost everything including his work and partner.

As an addict, he was only concerned with his next fix and suffered extreme withdrawal symptoms if he didn’t get it. He became extremely unwell, suffering panic attacks, nausea and fever.

“That is the situation he found himself in. He was taken advantage of by those supplying drugs. He was asked to store and transport drugs to get a bag of heroin to make him feel better.”

Mr Flynn said he was shocked at the condition of Mr O’Regan when he saw him some time afterwards.

“He was skin and bone and literally at death’s door. He would accept that if he hadn’t been apprehended, he wouldn’t be alive. Since he went to prison, he has engaged with a drugs counsellor and has been doing urine analysis. He is now drugs free for some 18 months.”

Mr Flynn pointed out that Mr O’Regan crucially had the support of his family whenever he was released from prison. He had a letter from his client’s brother, who was in court for the hearing.

The barrister appealed to Judge Patrick Meghan not to increase Mr O’Regan’s prison term as he is already serving a lengthy custodial sentence.

“He is doing very well in prison and is determined when he leaves prison not to get back in the situation he was in.”

Judge Meghan said Mr O’Regan was a courier of the drugs gardaí found in his possession and there was a high risk of him re-offending due to his previous convictions and drug addiction.

The mitigating factors he took into account were his admissions to gardaí, the fact he acted out of fear due to drugs debt and wasn’t making any profit from these drugs. This offence occurred during a period of about 18 months when he committed drugs offences.

The judge also took into account the support Mr O’Regan had from his family and described the letter from his brother as very impressive.

“I think there are extenuating circumstances. This offence falls within a period he was heavily involved in drugs. I am not going to give him any longer time (in prison).”

He suspended the three years jail term for three years on condition that Mr O’Regan keep the peace and be of good behaviour, abstain from alcohol and drugs and engage with the Probation Service during that period.

He directed that the three year suspended jail term commence following the expiry of the sentence he is currently serving. The judge also issued a destruction order for the cannabis seized from Mr O’Regan.