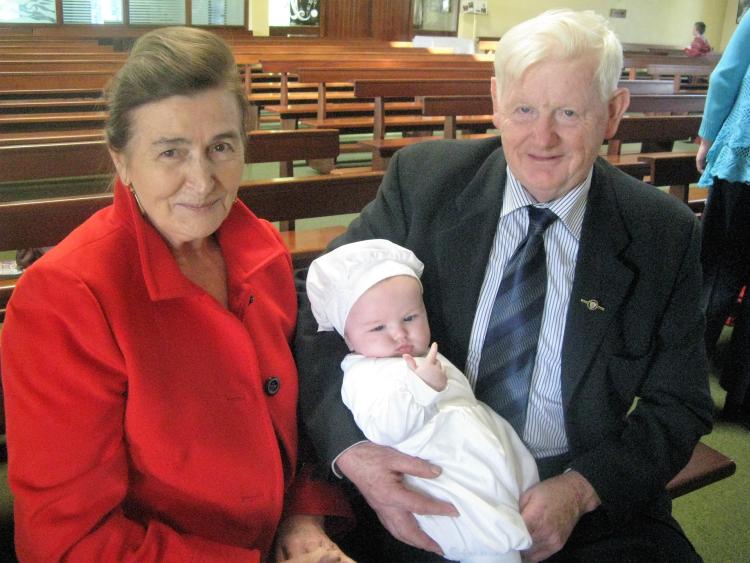 Tom Kennedy pictured with his late wife Maureen and one of their grandchildren a few years ago.

Tipperary farmer Tom Kennedy, who was killed tragically in a farm accident on Friday afternoon last was known throughout the length and breadth of the county as a hard working man who loved to follow the exploits of the GAA, especially Loughmore Castleiney and Tipperary.

The parish of Loughmore and Castleiney, and surrounding parishes were plunged into sadness on Friday afternoon when news of the tragic passing after a farm accident of well known and very popular farmer Tom Kennedy, Clogheraily, Loughmore became known.

Disbelief was the over riding feeling when word of the accident on the Ballycahill/  Upperchurch border emerged - a man who had given his life working the land, has passed to his eternal reward doing just that.

In his early seventies, Tom had buried his wife Maureen in March last year and had also lost his brother in a tragic accident involving a motorbike two years ago.  He was  a very active and hard working man and was out and about doing his work in the company of one of his sons when the tragedy struck just before lunchtime on Friday.

Tom and his sons were farming land in a number of locations locally and their hard work and commitment to the land was much admired from far and wide. He had passed on his sense of hard work to his sons Philip, John, Noel and David, and to his daughter Anne, all of whom are left heartbroken at the events which occured.

Tom's son David was a member of the Tipperary team that won the All Ireland senior title in 2001 and is still a regular with the Loughmore-Castleiney football and hurling teams. He had played at centre back on that Tipperary team and joined his brothers Noel, Philip and John on many a successful Loughmore Castleiney team over the years. Tom was ever present at the games, hurling and football, and delighted in the success of the famed club. 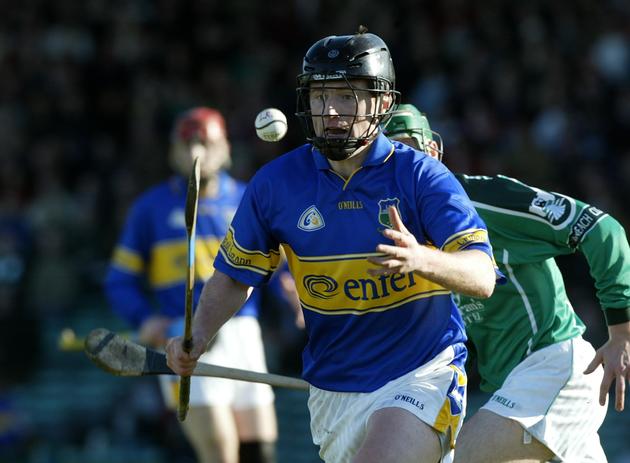 David Kennedy in action for Tipperary

There was deep sadness and shock in the Loughmore-Castleiney club following the tragedy  and at the Tipperary Association Dublin annual awards night in Dublin on Friday, association president Liam Myles offered sympathy to the Kennedy family on their sad loss.

Investigations were launched by the Gardaí­ and the Health and Safety Authority (HSA)  into the circumstances surrounding Mr Kennedy’s death, and they were at the scene for several hours on Friday afternoon and evening. Emergency services attended the location but Mr Kennedy was pronounced dead at the scene and his body was taken to University Hospital Limerick for a postmortem examination.

Loughmore-Castleiney PRO Pat Healy described it as a “terrible” tragedy. “He was very deeply involved in the club back along, he would have been at all the meetings and driven young lads to the matches. It’s very sad,” Mr Healy said.

The county senior football championship game involving Loughmore Castleiney and Eire Og Anacarthy which was supposed to have been played on Friday evening, was called off as a mark of respect to the Kennedy family. 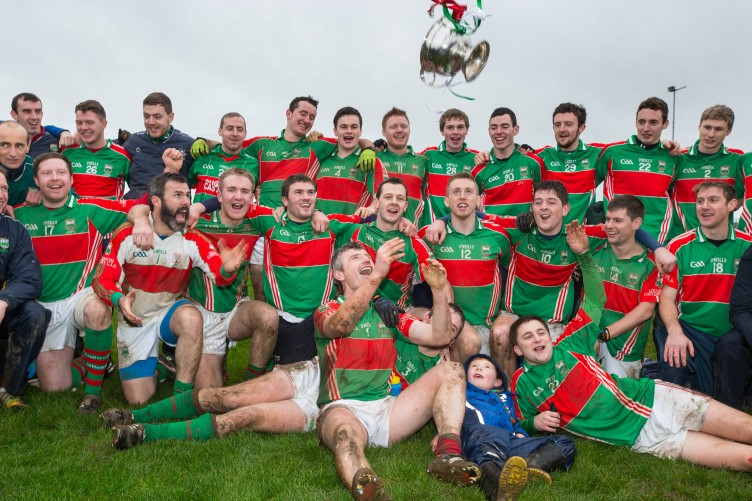 David Kennedy and the Loughmore Castleiney players celebrate another famous victory - one enjoyed greatly by the late Tom Kennedy who died this week.

Two of his sons lived with Mr Kennedy at Clogheraily and the family had a farm on the  Ballycahill/Upperchurch border. The deceased was also involved with local drama groups some years ago.

Testimony to the esteem and popularity of the Kennedy family was the huge outpouring of sympathy which greeted them when word of Toms passing became known. Neighbours and friends were on hand to offer comfort and support throughout the weekend and the attendance at Greys Funeral Home  and in the Church of the Nativity of Our Lady, Loughmore on Sunday evening and again on Monday for Requiem Mass and burial in the adjoining cemetery, reflected the regard in which he was held in community, farming, sporting and social circles.

Mourners, and those who came to pay their respects, heard of a hard working man who cared for his wife and family very deeply, who was committed to his community and who loved to watch his sons togging out in the colours of the native parish. The huge attendance over the funeral period was of great comfort to the bereaved who have been left shocked by the tragic passing of Tom Kennedy.