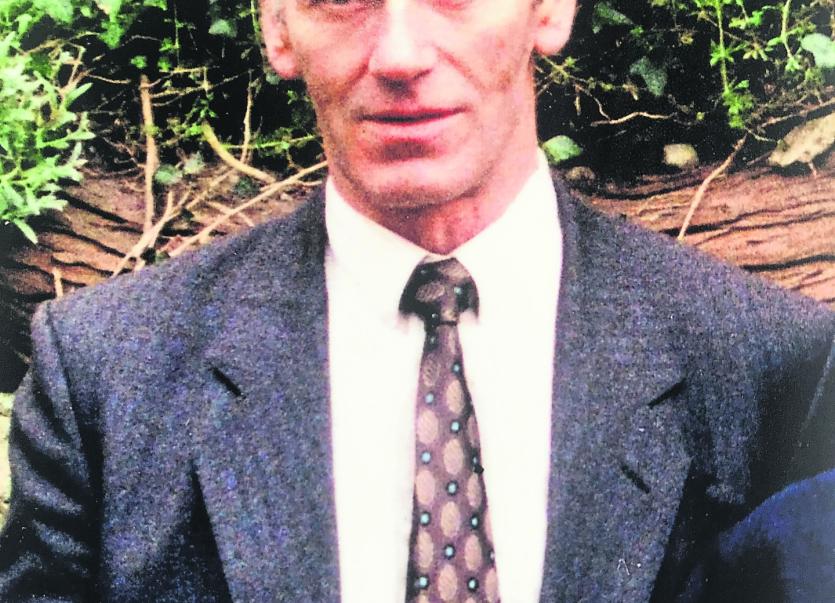 Like his father before him, who was a blacksmith, farmer and a great ploughman in his youth, Michael was involved in the Tug-of-War in Knock and his strength and endurance made him a key member of the team. They won eleven tournaments in a row during the 80's, beating teams from Waterford, Kildare, North Kerry and West Clare.

He was also a member of the Auburn Lounge Pub Quiz teams in Roscrea for several years winning the Inter Pubs Competition. He had a brilliant memory and was a well read, intelligent man.

Socialising was important to him because he enjoyed the chat and the craic over a pint of Guinness. He did not sing but his party piece would be the “highlight” of the night, reciting the “Trimmings of the Rosary”, “The Old Bush School” and other funny ones.

He was always available to help you out, if needed, in the forge or on the land. He was the “salt of the earth”, a very religious man, great neighbour and above all a family man.

He lies in the family plot in the tranquil surroundings of Knock Cemetery. Sincere sympathy to his wife Eva, son Liam, daughters Moira, Catherine, Annette, sons-in-law Bill, Donie and Tom, grandchildren and friends.
May he rest in peace.