Like all Annacarty men James was also very proud of the feats and achievements of 80/90s Tipperary hurling legend Pat Fox as well as being a regular visitor to Pat’s hostelry when passing through Cashel. 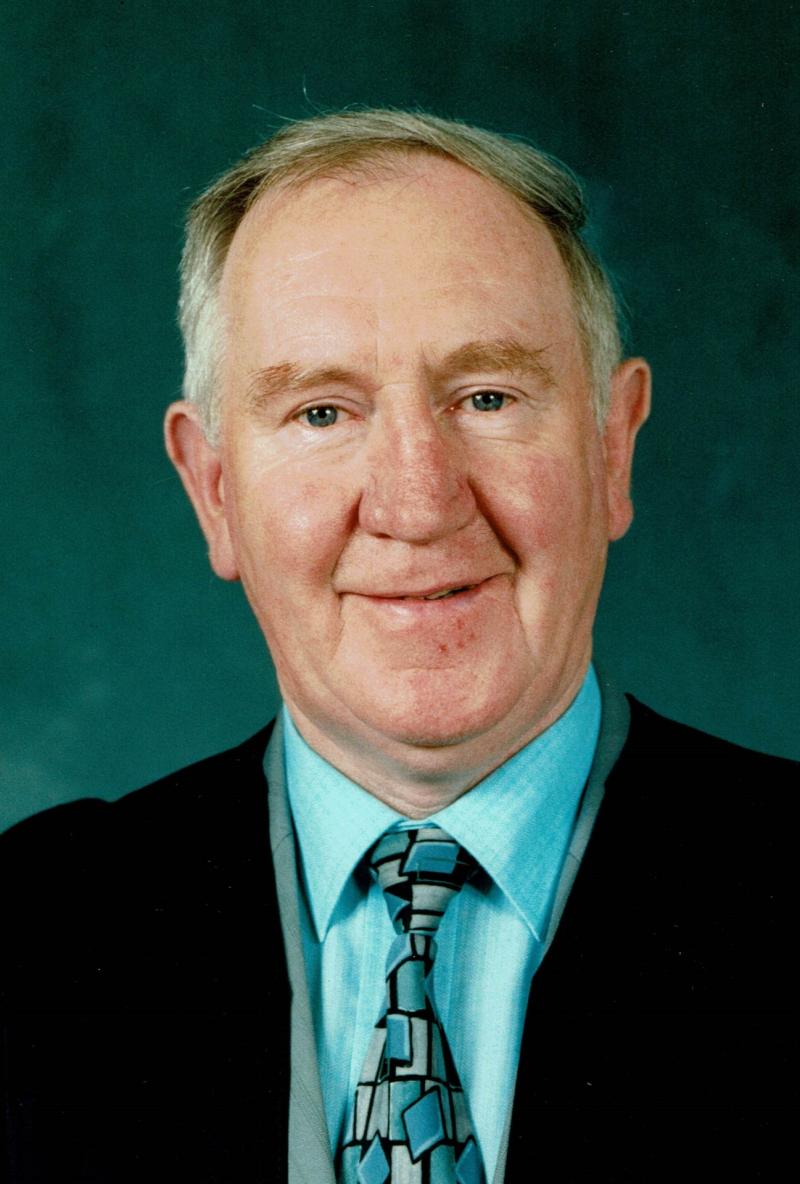 Aged 80, James passed away after a long illness a short time ago at the Care Choice Nursing Home, Finglas Road, Dublin 11.

Born in Kilpatrick, Dundrum in February 1941, James Carew was the third oldest in Martin and Margaret ‘Peg’ (nee Slattery) Carew’s family of eleven. He was also a pupil of Annacarty NS where Bill O’Donnell – the legendary Tipperary hurler from the 30s/40s – was the Principal at that time.

As a result of his early ‘schooling’ from The Master (as he was affectionately known by all his pupils), a young James quickly developed a love of the fortunes of the Tipperary hurlers during the beginning of what became known as the ‘Golden Era’ for the men in blue and gold.

James also loved playing the game and regularly turned out at underage level for his local Eire Og club as well as lining out for the Abbey CBS where he studied for his Inter-Cert. But James often privately admitted that he always regretted not remaining at the Tipperary Town-based alma mater until his Leaving Cert in 1959 when it is quite likely that he could well have been a team panellist when the school famously won their only Harty Cup title.

James Carew began his life in the world of work spanning the best part of nearly fifty years as a bar tender in Dublin but he soon discovered that a life behind the bar was not for him. Eventually the attraction of emigration and a new life away from Ireland led to him taking the boat to England where he settled in Birmingham for a few years in the early 60s. There James worked for Birmingham City Transport as a conductor and driver.

His neighbours Pat and Nonie Cooney also provided him with accommodation in Birmingham and among their tenants included a number of local Tipperary people. While he admitted that he was always very happy working in Birmingham that same place just did not have the big-match days in Croke Park and it was no real surprise when he returned to settle in Dublin later that decade in the Phibsboro area.

After initially working as a lorry-driver for CIE and joining the New Ireland’s GAA club James eventually landed a job with ESB. But James also had many unfilled ambitions of improving his work prospects by undertaking part-time courses in adult and further education. His persistence and diligence was rewarded by successfully attaining diplomas and degrees in environmental studies and engineering which led to him being appointed to a top position in Enterprise Ireland from where he retired in 2006.

His life in Dublin away from work included his involvement with the New Ireland’s GAA Club, playing golf including at Forest Little G.C. in Swords where he was a member, foreign holidays and regular trips back home to Annacarty where he always kept in touch with the fortunes of his native Eire Og club as well as travelling to watch the Tipperary hurlers wherever they played.

In later years James also lined out for the Civil Service GAA Club at full-back and in 1985 was a member of their county intermediate hurling final winning team at the age of 44!

By now he had also moved to his home in Finglas as well as becoming a frequent visitor to Croke Park and Phil Ryan’s Hogan Stand pub on big-match days.

Not surprisingly a very congenial, mild mannered and humorous James Carew also acquired a huge circle and network of friends throughout his very interesting and colourful life, many of whom included a number of GAA personalities both on and off the field. Among his off-field friends included former Croke Park Games Administrator – Sean O’Laoire whom he became acquainted with through his association with the Young Ireland’s GAA Club in Dublin.

Like all Annacarty men James was also very proud of the feats and achievements of 80/90s Tipperary hurling legend Pat Fox as well as being a regular visitor to Pat’s hostelry when passing through Cashel.

Everyone who was privileged to know James Carew will cherish their own private memories of an exceptionally kind and obliging individual who was always great company. My own special memory of him dates back to an unforgettable day for all Tipperary supporters in Killarney on 25 July in 1971.

James drove from Dublin that weekend via his homestead in Annacarty and offered me a lift to the Munster Final - a game that became part of Tipperary hurling folklore. All of us in his car were soaked to the skin as we watched John Flanagan hit that outstanding winning point after Babs Keating had hit three goals earlier and with Mick Roche also producing an outstanding defensive display against Limerick. But we hardly noticed being so saturated as we savoured the enormity of one of Tipperary hurlers’ finest hours.

James’ funeral service took place on Saturday morning 2 October 2021with Funeral Mass at the Church of Our Lady of Dolours, Glasnevin followed by burial in Fingal Cemetery, Balgriffin. The chief mourners were his brothers Thomas and Michael, sisters Bridget, Anne, Bernadette and Christine and his partner of twenty-eight years from Templemore - Geraldine O’Toole and a much smaller number of his many friends due to the pandemic restrictions at that time last year. James was also predeceased by his parents Martin and Peg and sisters Mary and Phyllis.

Finally the family would like to thank everyone for their support since James’ passing, including the representatives of those services who played their part in supporting him during his later years while in hospital, the Care Choice Nursing Home and also while convalescing at home. A Mass is being offered for their intentions.