Shep was a very unique, warm and knowledgeable character who packed much into his 59 years 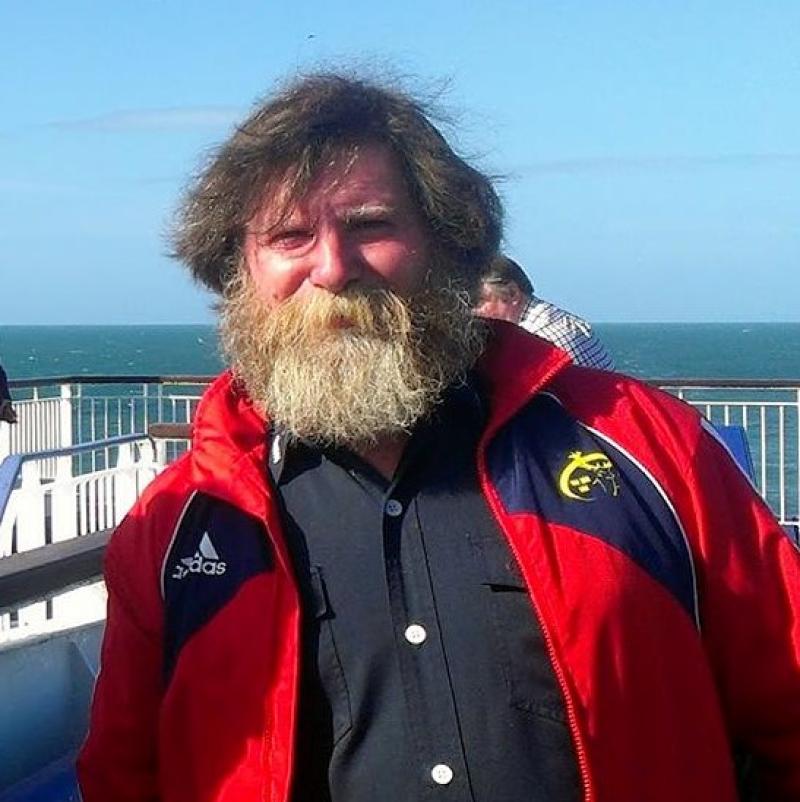 A tribute to Seamus 'Shep' Darmody

There are very few people that are universally identifiable by a name usually reserved for man’s best friend, but “Shep” was once such person.

When news broke of his untimely death on February 1, it was greeted with widespread shock and great sadness at the loss of a unique character.

Born James Joseph Darmody on April 29, 1962, Seamus was the second of eleven children of Hannah & Jerry Darmody, Newhill, Two-Mile-Borris, making an “early arrival” in his parent’s Volkswagen Beetle, AFI 176, on Liberty Square, Thurles and this no-nonsense approach carried him through for life. While affectionately called the “Beetle Baby”, he was known in all walks of life as “Shep”.

Shep attended primary school in Littleton, followed by St. Kieran’s, Kilkenny and Vocational School, Thurles. Though not sporty, he was U11 cross country county champion in 1973. From a young age, he could be found with his head in a book - material didn’t matter, ranging from the Beano to Beckett, he had such a talent for retaining information. With the arrival of the internet, he used it to research all sorts of information and solutions for his many interests.

In 1979, he joined the 43rd Apprentice Class in Casement Aerodrome, Baldonnel, qualifying as an Air Craft Technician, remaining there until 1988, before returning to the farm. He kept in contact with his former colleagues and in his final weeks, enjoyed visits from his friends, Gerry and Kieran.

When it came to farming, though the farm was a blend of tillage and dairy, tillage & machinery were his passion and what he didn’t know about either wasn’t worth knowing. His life revolved around the agricultural calendar, silage, harvest, beet campaign or preparing with ploughing, sowing and spraying, but it didn’t stop him enjoying life. During these busy periods, he could be seen at all hours, surviving on little or no sleep.

With his involvement in the Midland Beet Growers Association, he participated in many protests trying to prevent the closure of the sugar factories. In recent years, he and other farmers collaborated in the setup of Suirfarm Purchasing Group, where monthly meetings will be a lot quieter now. He also grew potatoes, enjoying the friendly rivalry on quality, but once ready to eat, shared them out generously.

It was widely acknowledged that Shep had above average ability and a great mathematical mind, but he freely shared his knowledge, advice & technical experience. If he didn’t have the solution, he always knew someone who had. Often known to disappear from his own work to sort a problem for a friend, he could be found hours later in Shea’s, Shanahan’s, Lahart’s or Kearney’s, or failing that, having a cat nap in his jeep.

With his late father, he shared a love of vintage and with the North Tipperary Vintage Association, they participated in many tractor runs for charitable causes. Between them, Neddy Doyle and the late John Cantwell, they restored many vintage machines, including a Ferguson TVO, Fordson, Farmall cub, David Brown, Porsche, and an Austin Morris 1100 Car.

Shep enjoyed a lifelong passion for motorbikes, starting with a Kawasaki Z650 and others followed, including a BMW R1150rt, Yamaha FJ1200, Suzuki Hayabusa, but his preference was always Honda, owning a Blackbird, Varadero and Pan European over the years and frequently went on Sunday “burns” or weekend trips. When travelling, he would often detour to take in a visit, to the goat farmer in Portumna, or his brother Colum and family in Letterkenny or his late aunt Sr. Joseph, providing great entertainment to the nuns.

There was a trip each May Bank holiday, to Wales, Scotland or England and also travelled to France and Spain. A trip to Croatia was planned, but alas was not to be. On April 29, his biker group departed for their annual trip following breakfast in Newhill, on what would have been Shep’s 60th birthday, which was thoroughly enjoyed by all, and the occasion was made more special, with the safe arrival of his nephew, James Oliver, earlier that week.

He loved Munster rugby, travelling regularly with Darmody’s Bar Rugby Group and separately to many other games. The last away trip was to Paris with his brother John and the Connollys, just before lockdown in January 2020. On more than one occasion, he was known to alight from a machine in a field and head straight to Thomond.

It is fair to say Shep was no shrinking violet, never afraid to speak his mind and was straight to the point. As he would say himself, he didn’t do embarrassment or sweat the small stuff. He packed a lot into his 59 years and was very content, whether it was anything mentioned above, enjoying a couple of pints, or just having ice-creams with his young nieces and nephews.

He always had time; it was just the quantity, that varied. If he met you today, you might get 30 seconds before he’d vanish, but the next time, he could spend three hours putting the world to right.

They say kindness and generosity come in all forms and this was so true of Shep, who didn’t do the fluffy stuff. The measure of Shep was captured by the numerous stories shared since his passing, such as rescuing cattle from a collapsed slatted unit, or pulling a horse out of a bog hole for a neighbour, giving bales to a friend following a hayshed fire, or just spending quality time with those in times of need, and too many others to mention.

One of his final trips in January was to a friend to sympathise on the loss of his mother.

When he took ill last September, little did anyone think he would be gone from our lives so soon. He was so determined to get stronger, in order to enjoy life more, and tried his very best to keep contact with as many friends as possible. There are some very special moments to treasure, like when he was mobile enough to travel to the farmyard or to meet some friends locally, or family gathering at Christmas and again, in his final days at home.

He had a great fondness for so many across “the border” and enjoyed heading down the Hill of Fennor when a result went against “the Cats”, but it was to these very good friends that he went to visit as soon as he was able.

His funeral was testament to the likeable character that he was, reposing at Doyle’s Funeral Home, where a very large crowd turned out to pay their respects. His remains left Newhill in their Daihatsu Jeep, driven by Jerry, on a platform made by family friend, Barry, for Our Lady’s & St. Kevin’s Church. The route was lined with neighbours, friends and included guards of honour by Suirfarm, Darmody Rugby Tours, Biker Group, North Tipperary Vintage and Machinery Club, former colleagues from Casement Aerodrome, as a mark of respect of his many interests.

The funeral mass was concelebrated by Fr. Tom Fogarty, Bishop Martin Hayes and Fr. George Burke, with beautiful singing and music by his friends Marianne and John, and included a communion reflection by his sister, Ailish.

His good friend, Robert O’Shea did a fantastic job of delivering a eulogy that captured every element of Shep’s life in about five minutes, which was very much enjoyed by everyone in attendance.

Following mass, his biker group provided an escort to Cork, led out by his friends, Michael and John on Shep’s own motorbikes. His ashes are now interred in the family plot in Littleton Graveyard.

Shep was pre-deceased by his parents, Hannah and Jerry and is survived by his brothers and sisters, Jerry, Eamonn, John, Timothy, Ailish, Anna-Marie, Catherine, Colum, Cyril and Andrew, his nieces and nephews, grandniece, Aunt Phyl, in-laws, cousins, many close friends and neighbours.

Our world will be a lot less colourful without him, but he has left us plenty to smile about when we think of him. This short condolence on RIP.ie captures the Shep that we all knew and loved.

“You meant the world to us, your kindness and generosity, always only a phone call away. We will never forget you.