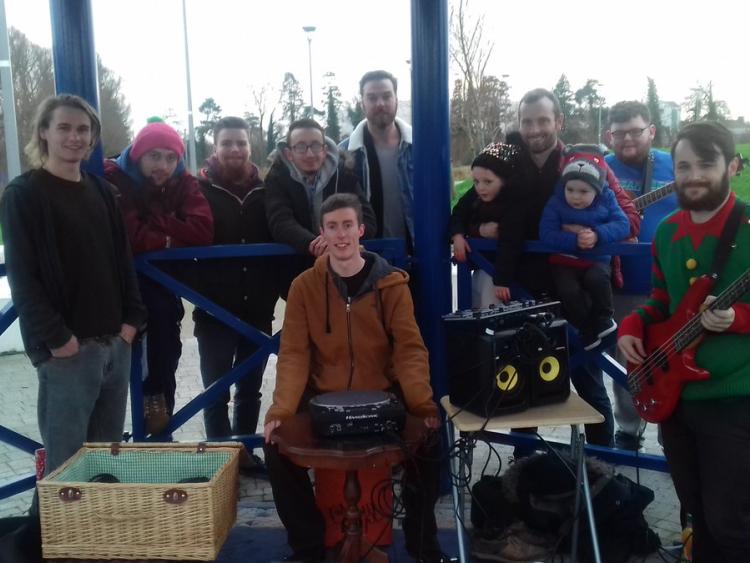 A group of musicians have unveiled plans to invigorate the local music scene in Thurles starting with a concert at the Source Arts Centre this March.

Cruthaigh, a new organisation made up of local bands and musicians, have been organising ‘jam sessions’ in public spaces in Thurles since late 2018 and now they will throw open the doors of the Source Arts Centre for a one off concert showcasing the best of Tipperary’s burgeoning music scene.

People of Thurles! We intend to make the town a more enjoyable place to live! So help us help you! Any suggestions on what we can do? #thurles #tipperary #ireland #cruthaigh

Cruthaigh, which means to create or build, aims to bring life back to Thurles through creativity and events.

Organisers of the event have described the concert as a: “A fresh kick to the heart of music that echoes deep within our town.”

The event has already been billed as one of the most exciting live music events for the town in 2019 however organisers are also calling on the public to lend their support to the homegrown talent taking part.

“There will be no holding back on their creative abilities as they will be performing original music only. Support local talent, find your talent and keep life in the town,” they added.

On Saturday, March 2, 2019 Cruthaigh presents No Covers at the Source Arts Centre. No Covers will consist of young aspiring and passionate musicians.

Starting at 8pm acts such as Small Fish, Kyle English, Jack-K, Mill Road and 5Day will showcase their musical talent. Acts will be performing original music only.

Tickets for this concert cost €10 and are available now from www.thesourceartscentre.ie.