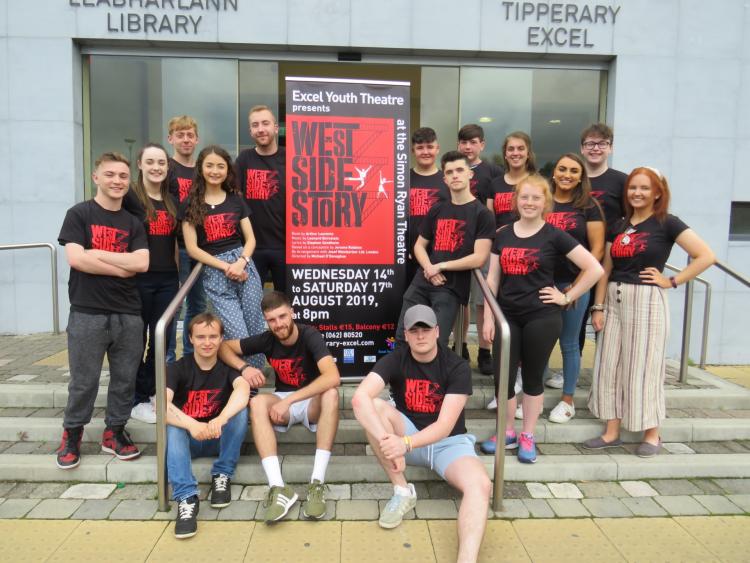 The Tipperary Excel Youth Theatre are entering the final weeks of rehearsals for their forthcoming production of West Side Story, which will take to the stage of the Simon Ryan Theatre in the Excel inTipperary Town, from Wednesday August 14 to Saturday August 17 .
Playing the principal roles of Maria and Tony in this iconic musical are Phillipa Harold Barry and Aaron Holland.
Phillipa is making her second appearance with the Excel Youth Theatre Group, having joined for Children of Eden last year in which she played the role of Yonah. Phillipa is going into 6thYear in Rockwell College and has taken part in a number of productions in Rockwell. She played one of the Maids in My Fair Lady (2018) and was one of Joseph's brothers in Joseph and The Amazing Technicolour Dreamcoat (2017).
Phillipa also plays piano and violin.
This is also Aaron 's second production with the Excel Youth Theatre Group, having played Abel in Children of Eden last year. A student in the Abbey CBS here in Tipperary, Aaron is going into 6th Year in September. Aaron was a member of the cast of Super Trouper. Tickets for this much-anticipated production are now on sale at the Excel. Tel (062)80520.