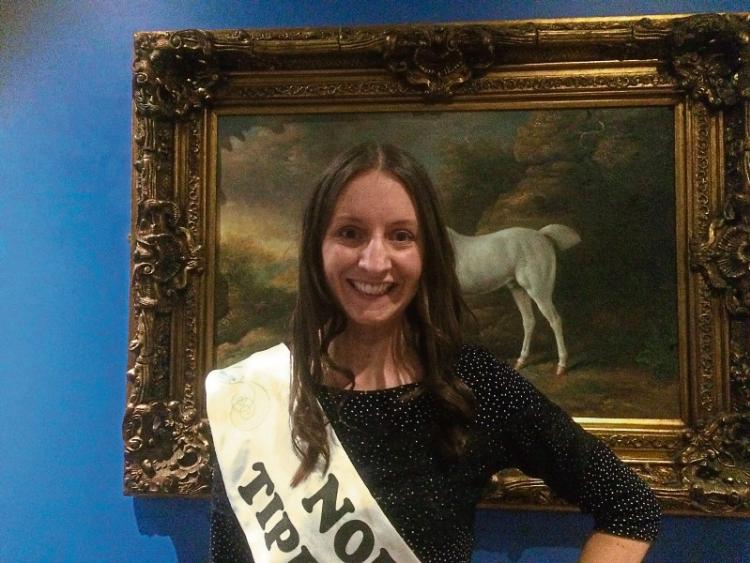 It’s the time of the year again where all roads leads to Athboy Co Meath for the Blue Jean Country Queen Festival. Now celebrating its 30th anniversary the festival is expected to be bigger and better than ever before.  The festival is organised by Meath Macra na Feirme and they welcome ladies from all across the country and oversees to compete for the crown.

This years North Tipperary Blue Jean Country Queen is Miriam Crone from Thurles. Miriam is a primary school teacher in Kildare but enjoys coming home at the weekend to attend Macra events with her club Devilsbit. Miriam has been heavily involved in Macra since 2013. She has taken part in the Tipperary Ladies Mini Marathon last September with a group of Macra ladies raising money for Embrace Farm. She has also represented North Tipperary in the Impromptu Public speaking semi final in Cork this year. Miriam found it an enjoyable experience.

Outside of Macra Miriam loves volunteering. She recently spent time in Barrestown helping children enjoy themselves despite their illness. She also helped her sister raise funds for Nurture Africa by bucket collecting in the streets of Dublin. She also loves going to zumba classes during her working week and would love to start ballroom dancing. Miriam is also a stylish lady; she loves getting dressed up and attending the races and big Macra events such as Limerick Macra Easter Ball and Devilsbit Macra Toughest Club.

Blue Jean Country Queen Festival is a community based festival; the contestants will enjoy street carnivals, karaoke, fancy dress football and modelling competitions. Miriam along with the other ladies are set for a jam-packed weekend! Over the weekend the ladies will be judged on their dress sense, participation, interviews and general participation.

Miriam is very excited about the weekend ahead “As North Tipp Blue Jeans Country Queen I am mostly looking forward to meeting the other queens and enjoying the scheduled events in Athboy.It is celebrating 30 years this year and it will be memorable. I am looking forward to sharing my stories since I joined Macra and it has been the best decision I made in 2013” she added.

Take a trip back to @MacranaFeirme of the 1980s with our 30th anniversary promo video! #CUatBlueJeans30 https://t.co/7pWwVDt4kA

North Tipperary has never won the Festival and we have no doubt that this could be our year, Miriam has got what it takes to bring the crown home to Tipp. The big weekend kicks off on Friday the 2nd June until the 5th June. Check out BlueJeanfest.ie for more details and news of the weekend. Best of luck Miriam!