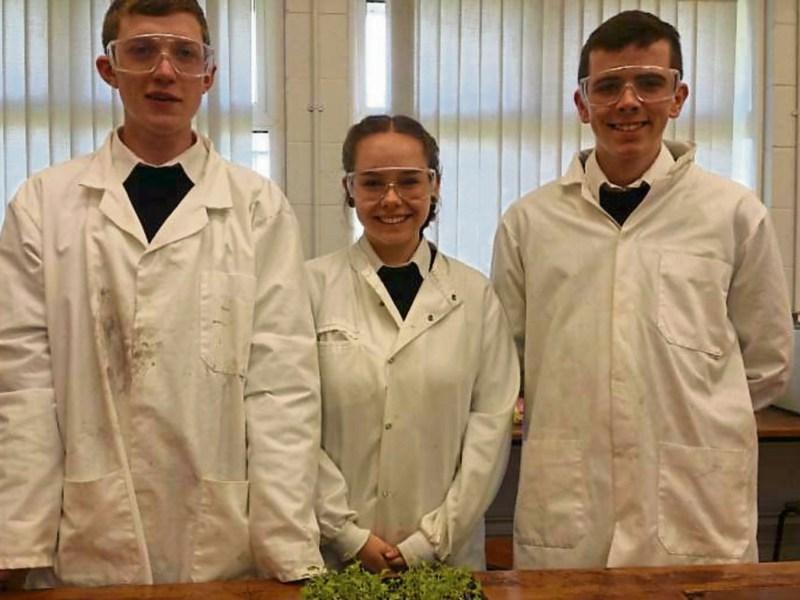 Three environmentally-conscious secondary school students may have come up with a solution to decontaminating lead-poisoned soil.

Students Ronan Murphy, Patrizia Spiess and Gerard O’Reilly from Moate Community School in Westmeath, have carried out a study of how plants can be used to rid the soil of excessive lead.

And among their areas to study was the Silvermines where two cattle died from lead poisoning in February.

“Lead is a highly dangerous heavy metal that is released into soil due to the dumping of batteries and shotgun cartridges and from the mining industry In Ireland,” they told the Tipperary Star.

The All-Island Animal Disease Survelliance Report 2015 reported that 33 cattle died due of lead poisoning. Lead is the most common source of poisoning among cattle in Ireland.

The three carried out a number of experiments to decontaminate polluted soil using Indian Mustard, growing the plant on soils from around the country to which lead had been added.

They then measured the lead concentration of the plants after five weeks. In particular, they studied the uptake of lead in mustard grown on soil from the Silvermines.

They found elevated lead levels in all plants, meaning that decontamination of soils using plants is a suitable method to remove lead.

The students promoted the absorption of lead by adding a variety of chemicals, called chelates, and found that EDDS greatly increased lead absorption by plants.

As these plants are now unsuitable for human consumption, the students plan to burn the Indian mustard as a biofuel in a furnace using lime scrubbers which would trap the lead.

The lead could be used elsewhere for batteries or roofing.

This would allow farmers to reduce lead levels on their farmers while providing them with a source of income.

Ronan, Patrizia and Gerard will present their findings at the ECO Unesco Young Environmentalist awards on May 23 in Dublin's Mansion House.

Meanwhile, the inter-agency set up to look into the cause of the lead poisoning that caused the cattle deaths has met once in the past weeks and a further meeting is scheduled.

One of the possibilities of the cause of the deaths is that flooding from a local river in 2015 washed lead on to land that was subsequently used to either graze cattle on or cut for silage which was then fed to cattle.

Some 20 local dairy farmers had their herds restricted at the time when excessive lead amounts were found in bulk tanks, but this precautionary move has since been rescinded.