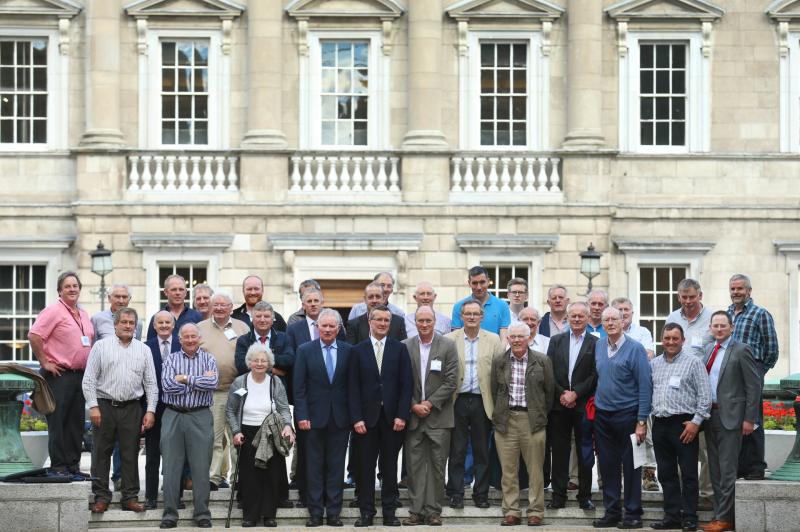 The chair of North Tipperary IFA has described last week's meeting with the Oireachtas Joint Committee on Agriculture as a “massive breakthrough” in the campaign against the high level of inspections and penalties in the area.

Tim Cullinan led close to 70 farmers to the Dail for the meeting, at which he made a presentation.

“We got an excellent hearing,” he said. So far, our campaign has paid dividends.”

Mr Cullinan said the fact that the chair of the Oireachtas committee, Deputy Pat Deering had ordered to secretary of the Department of Agriculture to appear before the committee this Tuesday was a “clear result” for them.

“It proves we are correct in what we are saying,” he said, saying the Oireacthas chair had received the unanimous backing from other committee members for the secretary to appear before it.

The Toomevara farmer said that getting to meet the Oireachtas committee was “unprecedented” and was due to the persistence of the North Tipperary County Executive of IFA.

Mr Cullinan said that what IFA wanted next was for a change to the way inspections and penalties were handled.

“We must have change,” he said.

They also want the Department to answer the questions they raised on the issue and, he said, in fairness to Deputy Deering, he had stated publicly that he wanted the questions answered.

The local campaign stems from figures given out for 2010 by the local Department office showing that North Tippeary had the highest number of inspections and level of penalties in the country.

However, the Department would not give out figures for 2013, 2014 or 2015, saying the levels had substantially reduced.

But, said Mr Cullinan, following a Parliamentary Question by Tipperary TD Jackie Cahill, the deputy chair of the Oireachtas Joint Committee on Agriculture, it was revealed that there were again far more inspections and penalties in North Tipperary.

“We were misled by the Nenagh office,” said Mr Cullinan. “They tried to confuse us with figures.”

North Tipperary IFA held a protest outside the Nenagh office last February and both sides are now at an impasse, and, according to Mr Cullinan, the Department officials will not meet the IFA.

“North Tipperary farmers have been hit with penalties totalling €1.28m over the past six years,” Mr Cullinan revealed.

The IFA chair felt that the handbook sent to farmers detailing Single Farm Payments was causing some of the problems in relation to inspections and penalties.

He called for a “complete review” of of the inspections and appeals process.

“While the overall inspection and penalty rate in Ireland is relatively low, the implications for the farmers involved can be very significant. There is a very genuine fear factor for farmers,” said Mr Healy.

“Most of those carrying out inspections understand the practicalities of farming. However, there are a relatively small number of inspectors who have gained a reputation for being draconian in their interpretation of the rules and unreasonable,” he said.

The IFA president said that the Department may say that they had a complaints process in place, but the reality was that individual farmers were afraid to make a complaint because their livelihoods were at stake.

IFA deputy president Richard Kennedy said: “There is increased frustration among farmers as they are being penalised for minor issues by inspectors.”