Tipperary farmers are urged to make safety their first priority 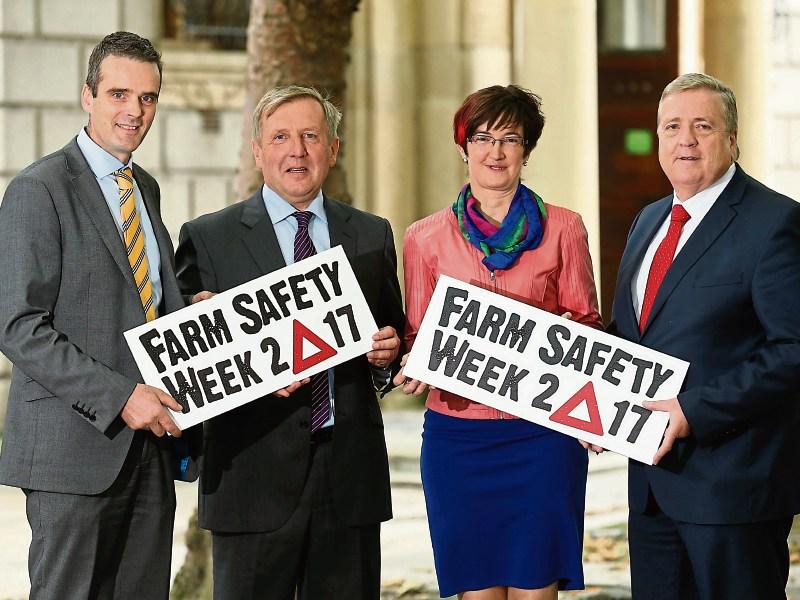 This Monday marks the start of the fifth annual Farm Safety Week UK & Ireland, an initiative led by the IFA in Ireland, aiming to reduce the number of accidents on farms that continue to give farming the poorest safety record of any occupation in the country.

The theme for this year is Farm Safety is a Lifestyle not a Slogan.

The week is supported by a number of agencies, including the HSA and members of the Farm Safety Partnership.

Farmers will be encouraged to take some time during the week to assess the safety of routine tasks. The campaign will focus on a different risk each day, including machinery and transport, falls, livestock and slurry, and child safety on farms.

There are real concerns that if the number of farm deaths continue at the rate they have so far this year, the number of deaths in 2017 could be as bad as 2014 when 30 people died on Irish farms.

“Farm Safety Week is about confronting farmers with the realities behind the statistics, making them realise that they could, in fact, be the next statistic unless they take safety measures and change their work practices,” said IFA president Joe Healy. “The message we want to get out there is simple - always think safety first.”