Tipperary on flood alert as heavy rain set to continue

Tipperary is on high flood alert following torrential downpours all morning which has made many roads impassable.

Tipperary County Council have already issued warnings for the R498 at Kearns Cross, Borrisoleigh, Thurles (Nenagh Thurles Road) which has closed due to flooding.

The following traffic diversions are in place: -

Single lane Traffic coming from Nenagh direction will be diverted via the R501 Borrisoleigh/Templemore road in Borrisoleigh.

Traffic coming from Thurles direction will be diverted via the N62 to Templemore and Roscrea.

Local access will be permitted but with due care.

R498 closed in Borrisoleigh, Thurles due to flooding https://t.co/DypOSI9oUR

The main Thurles to Killenaule road has also experienced heavy flooding and motorists are being advised to take extreme caution and reduce speed.

Spot flooding has also been reported in between Cashel and Fethard, Cashel to Ballinure and in parts of Drangan and Cloneen. 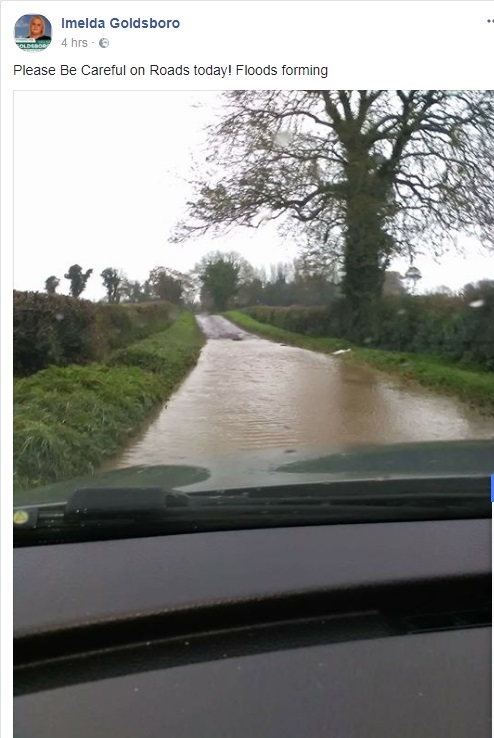