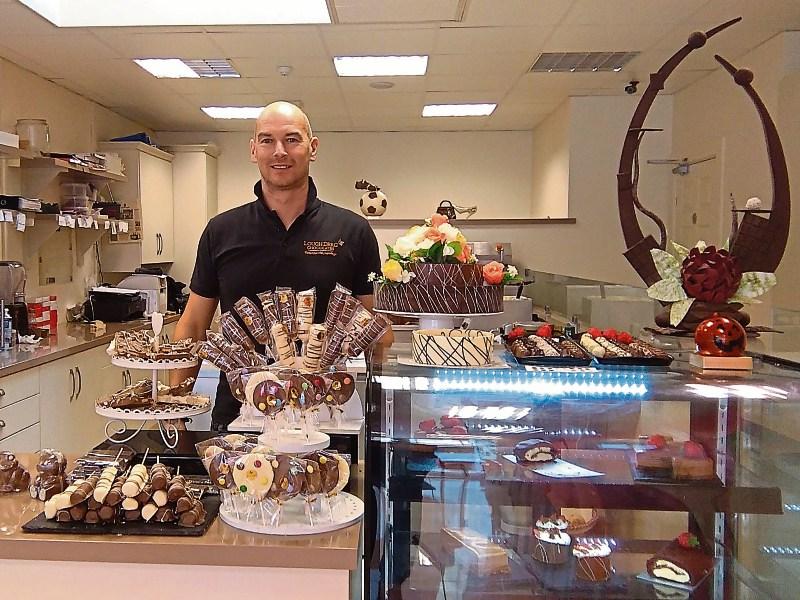 Malachy Dorris in his store on Nenagh's Silver Street

When carpenter Malachy Dorris lost his job due to the recession eight years ago little did he know that an off the cuff suggestion from a friend to try his hand at chocolate making would lead him to opening an award winning chocolate shop that counts Hollywood actor Johnny Depp among its fans.

Lough Derg Chocolates was started in 2010 by Malachy and Elaine Dorris and since then has gone on to collect a glutton of awards including several Great Taste titles to Gold and silver in Blas na hEireann as well as featuring in the McKenna’s Irish Food Guide.

“I was always very creative in school and good at solving problems. It's a bit of a change to go from working in construction to making chocolate but it seems to have worked out okay so far,” explains chocolatier Malachy from his shop on Nenagh’s Silver Street which opened in October last year.

After he lost his construction job in Limerick, Malachy enrolled in a month long intensive chocolate course in Dublin under the supervision of a German chocolatier who quickly noticed Malachy’s natural flair for chocolate making.

“I was bringing home the chocolates I was making at the course and people were asking me where I’d bought them,” explains Malachy who tested different varieties of truffles made in his own kitchen on friends for feedback.

After overwhelmingly positive reactions, Lough Derg Chocolates was born taking its name from the view of the lake from the Dorris family home.

Initially the Lough Derg sweets were sold from the family kitchen however in November 2011, Malachy took out his first stall at Nenaghs Farmers Market.

As word began to spread, hype surrounding the chocolate company quickly grew leading to Malachy supplying several more cafe’s and shops in the area as well as taking a stall at Limerick’s Milk Market.

“We created a market for ourselves from being at the local markets. We were going to every show or farmers market we could find and that's how we created the business,” he says. 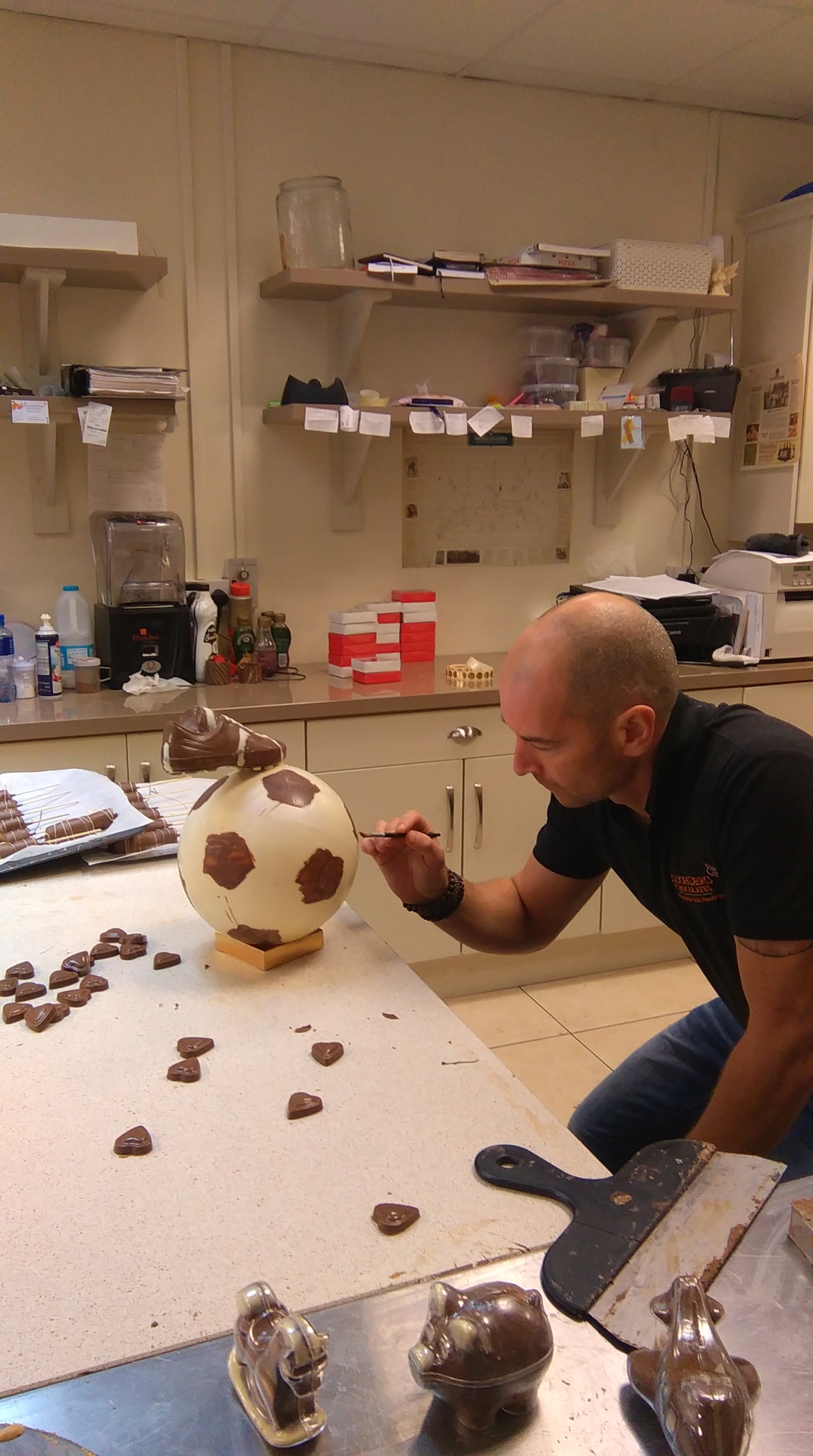 “I also enrolled in a start your own business course with the local enterprise office to help grow the brand. LEO really helped me the whole way through from the ground up,” he says adding that he was also keen to link up with the Tipperary Food Producers who became an invaluable sounding board as the business expanded.

To keep up with demand the family converted a shed at the family home to a purpose built commercial kitchen with state of the art facilities in 2012.

“In our first year I managed to sell every box of chocolates we had. I had one left in a hamper and someone came to the door looking for one so I sold it. We had nochoclates left for ourselves that first year.”

Over the next three years the business continued to flourish, even finding a fan in form of Willy Wonka.

“Johnny Depp was in Ireland at the time and started following us on Twitter. Everything went mad then and it brought us a lot of extra attention,” explains Malachy.

In October last year Lough Derg Chocolates relocated once more to a unit on Nenagh's Silver Street with the official opening of the shop and cafe last November.

And while the early days of tempering the chocolate by hand might be a distant memory thanks to Malachy's custom fitted tempering machines, he still prefers old school methods when creating his latest batch of sweet treats.

“I'm a proper chocolatier so I like to do it by hand. The lollipops are made by dropping chocolate off a spoon and I drop a smartie on every one of them which is why none are exactly the same. I think they look better that way.”

“However I get some of my best ideas from my kids and they're often my best critics and will tell me what works and what doesn't.” 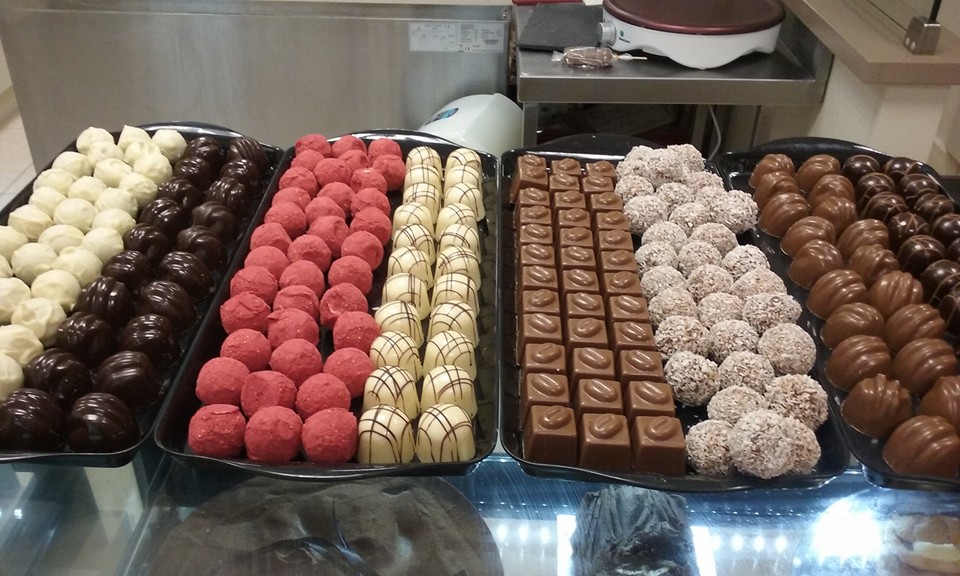 Another creative passion for the Nenagh chocolatier is his collection of shoes, hand bags and football boots - crafted entirely from chocolate which have proven extremely popular.

“I personalise things like the shoes or the handbags and those things bring something a bit extra for the customer. You walk out of here with something personal,” he says.

“From September to Easter it can be pretty hectic,” explains Malachy who will often put in up to 12 hours plus per day leading up to the Christmas rush.

“We open six days a week year round and we can open on Sundays for our birthday parties if people ask. It's a non stop business as your always coming up with new ideas but it's a lifestyle. I get to work with chocolate all day - what's not to love?”