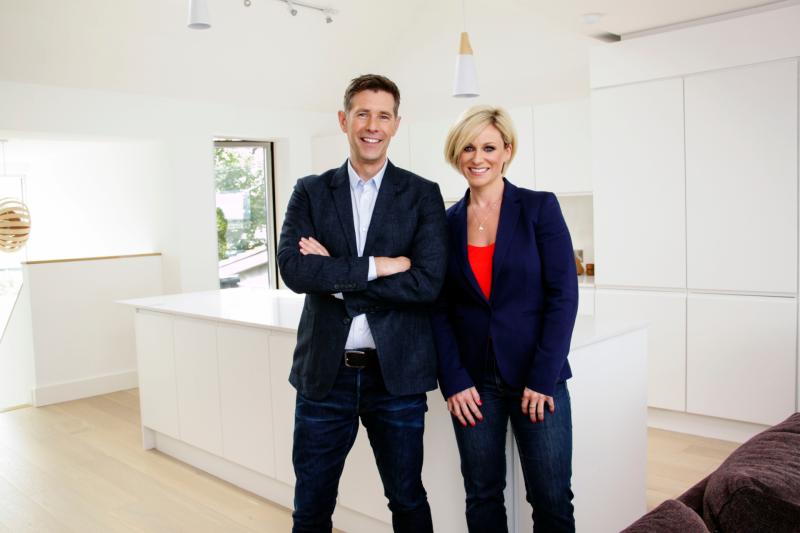 A Tipperary couple are set to appear on Sunday night's episode of the hugely successful Room to Improve on RTE1.

At a farmhouse in rural Tipperary, Dermot attempts to convince his clients, dairy farmer Padraig Ryan and his wife Katie, to remove an internal wall and embrace the concept of open plan living.

But delivering this dream won’t be easy for their architect. Dermot’s problems begin when he presents his initial design and Katie announces that she has no time for ‘open plan’ living. Awarding Dermot ‘zero out of ten’, she promptly sends him back to the drawing board.

After four months and multiple redesigns, demolition begins and the entire interior of the house is gutted…but Dermot still has a battle on his hands, trying to convince Katie to abandon the wall she has insisted must separate the living room from the rest of the house.

As the build approaches completion, Dermot’s clients re-order a staircase… threatening both the budget and their architect’s design and the battle for the wall is far from over.

In a sneak preview of Sunday night's show, it looks as if Dermot has another tough test ahead as he tries to impress the couple with his plans for their 100 year old country home. Will they agree with Dermot's vision?