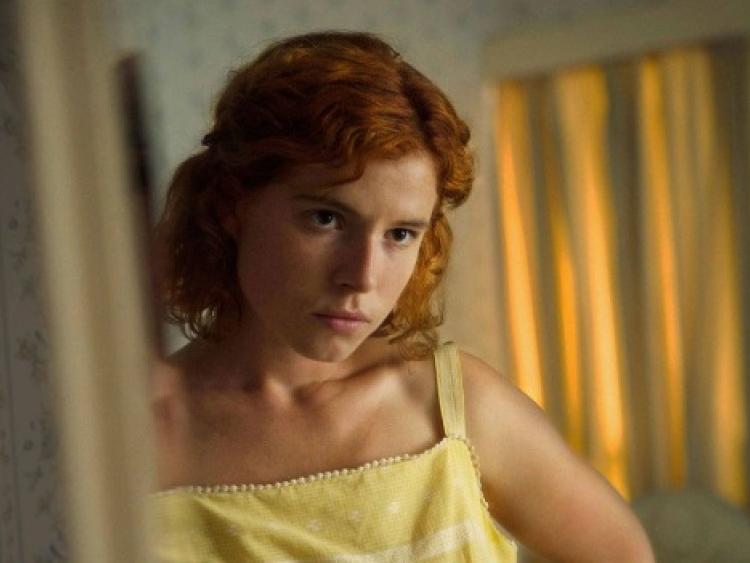 For a career that has spanned over a decade, actress, singer and musician Jessie Buckley has accomplished a CV most performers can only dream of.

From her early days taking on a multitude of characters in school shows at the Ursuline, to her rave reviews as a put upon twenty-something in Michael Pearce’s latest film Beast, Buckley’s rise to the top of the acting world has been a long time coming.

Born in Killarney County Kerry, the talented singer was enrolled at the Ursuline Secondary School where her mother taught music. From a young age her inherent talent and star power was obvious as she regularly stood out among her classmates for her vocal ability and stage presence.

An accomplished pianist, Buckley earned her grade eight with the Royal Irish Academy of Music in the harp and clarinet, honing her skills as part of the Tipperary Millennium Orchestra while still a student in Thurles.

While her career path hasn’t always been straightforward (she was the odds-on favourite to win the role of Oliver!’s Nancy in BBC talent show ‘I’d Do Anything’ but lost out in the public vote), Buckley’s career trajectory has since become something for other young performers to aspire to, having racked up performances alongside Hollywood hot shots Tom Hardy and Renee Zellweger and winning rave reviews for her stints on London’s West End.

After missing out on a place at the Guildford School of Drama, eighteen year old Buckley applied for a spot on Andrew Lloyd Webber’s Oliver! TV show, narrowly missing out on the title role. However despite this crushing blow, Buckley remained in London determined to succeed and admits now she learnt more from the ‘trip ups than the successes.’

After brief dabbles on stage and in music, Buckley wound up working as a shop assistant to help fund her acting career. Her tenaciousness eventually paid off and after graduating from the Royal Academy of Dramatic Art (RADA) in 2013, she began landing roles alongside Jude Law in the West End production of The Bard’s Henry V and later a recurring role in the BBC’s big budget adaptation of War of Peace.

In 2017, she was named one of Screen Internationals ‘Stars of Tomorrow’, cementing her status as one to watch among previous selectee's including Gatsby star Carey Mulligan and Benedict Cumberbatch.

Currently the Kerry actor can be seen in Michael Pearce’s Beast, her first feature lead role where she plays a troubled young woman who falls for a mysterious outsider, who is also the key suspect of a number of murders of young women in the area.

Her portrayal as title character ‘Moll’ has already been hailed as one of the standout performances of the year with Buckley’s earning praise for her turn as the complex heroine.

Next up for Buckley is a role in the BBC adaptation of Marian Halcombe’s The Woman in White as well as starring opposite Renee Zellweger in an upcoming biopic of Judy Garland.

Not to be outdone, the Killarney native, who can still be spotted on occasional visits to her former alma mater in Tipperary, will star alongside an star cast featuring Rami Malek and Robert Downey Jr in the Voyage of Dr Dolittle set for an April 2019 release. One thing is certain, the Killarney actor is set for very big things.