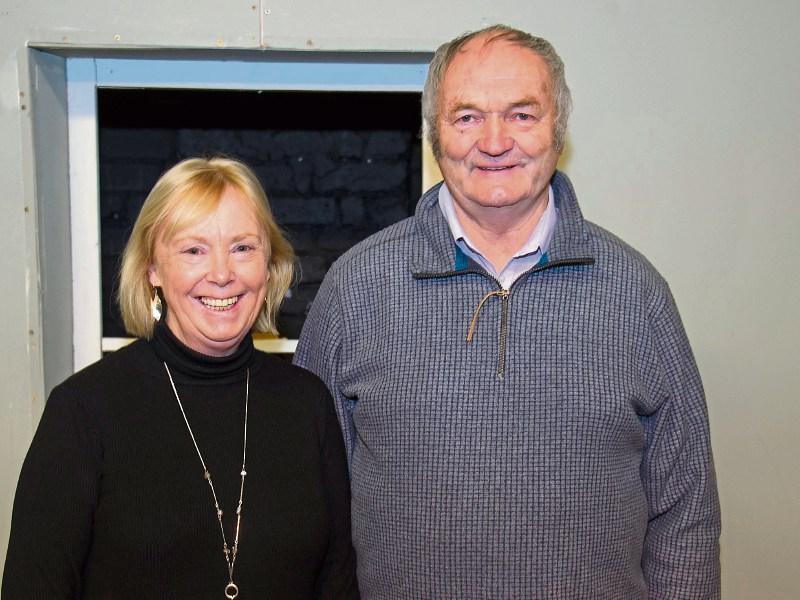 Ann Walsh and Joe Hanley at rehearsal of Fethard Players production of ‘It’s The Real McCoy’ which opens on Tuesday, night, January 29 in the Abymill Theatre.

Fethard Players autumn production of a hilarious comedy by Tommy Marron, ‘It’s The Real McCoy’ is booking fast so it is advisable to book early at Fethard Horse Country Experience or Tel: 085 2338513 this week.

The hilarious comedy will be staged in the Abymill Theatre commencing on next Tuesday, January 29, and running every night to Saturday, Saturday 2.

A special family night takes place on Tuesday when all seats are €12. Admission for the remaining nights is €15 and curtain 8.15pm.

This three-act rip-roaring Irish comedy is set in the mid-sixties and will have you in tears of laughter!

The play is produced by Marian Gilpin.