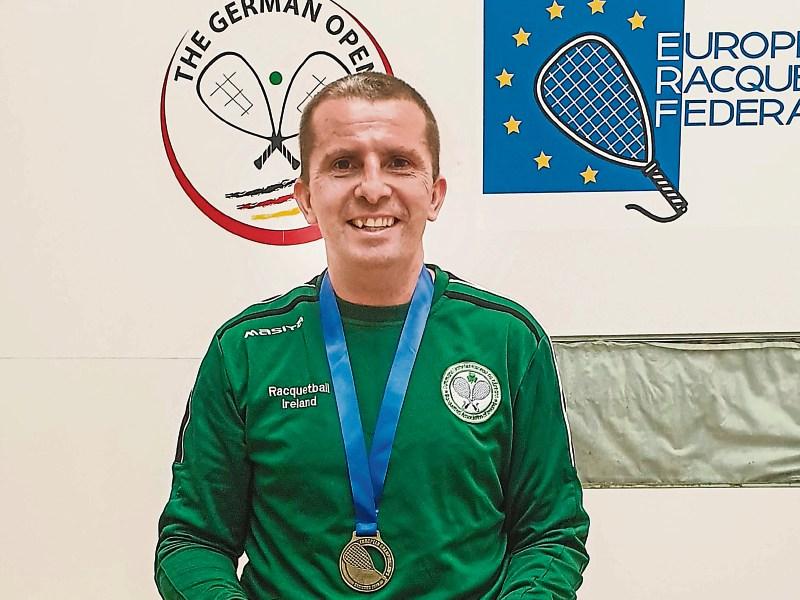 Eoin Tynan, who rounded off a tremendous season so far by winning the Over-40s singles title at the 20th European Racquetball Championships recently in Hamburg, Germany.

Congratulations to Fethard’s Eoin Tynan who represented Ireland on the team that won the 20th European Racquetball Championship's team event recently in Hamburg Germany. The Irish team won both the men's and women's team events.

Eoin Tynan rounded off a tremendous season so far by also winning the Over-40s singles title. The final was an all-Irish contest between Eoin Tynan and Kenny Cottrell but it was Eoin who prevailed in the highly contested match winning by two games to one in the tie-breaker (15-13, 5-15 and 11-6).

Ireland continues to dominate European Women's racquetball with Majella Haverty and Katie Kenny winning the Women's Doubles. They defeated Antonia Neary and Olivia Downey 15-7, 15-4 in the final. In the Men's Doubles, Johnny O'Kenny and Mark Murphy were denied the gold by Germany's Joachim Loof and Marcel Czempisz.