NOT HAPPY WITH SENIOR HURLING SET UP 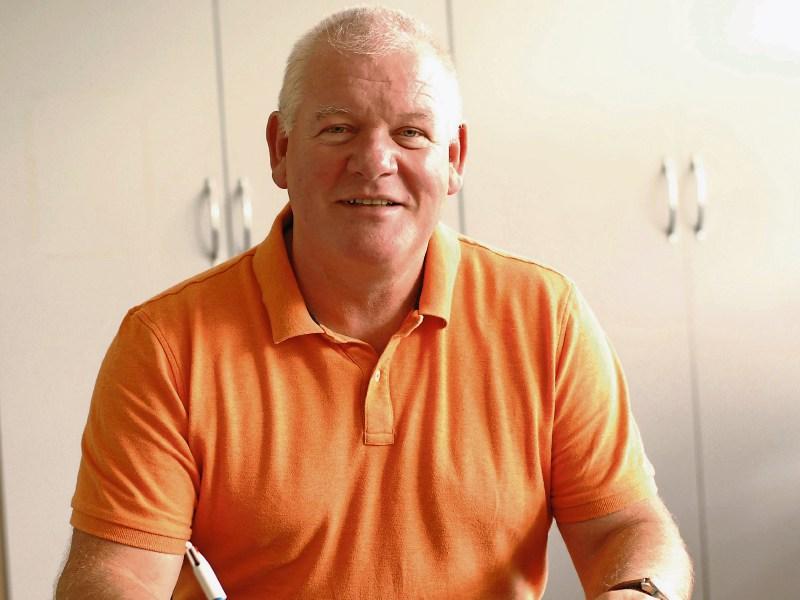 “There will be no panic with completing our programme this year It is very feasible. I think we have enough weeks to get through it all”, said South Board secretary Eddie McCarthy last weekend when he took time out to discuss the Division’s plans for what is a very unusual and condensed year of GAA activity ahead.

After the County Board had met  to set out their own agenda, the South Board convened last Friday night and  set out a course of action  for a hectic schedule which they hope will be completed this calendar year.

“We met last night, the South CCC and our intentions would be to have the same amount of competitions this year as other years,” started Eddie.

“What will dictate our way forward now is, to a large extent, the county schedule for the rest of the year. That will take precedent over everything,” he  pointed out.

There have been a few tweaks here and there by the County but by and large it is as it was for the South Division .

“Prior to this year for  the last couple of seasons the County Board were running the Junior A and Junior B football competitions, and we ran our club competitions, but this year the football has been given back to the divisions. So the South  junior football competitions will feed into the county. We will have to run them and have  South champions ready to go forward to the county,” added the Clonmel man, who grew up within a stone’s throw of the Sportsfield but has been living in Mullinahone for  the past 17 years or so.

Of course any Board is only as strong as its clubs  and more so than ever this year due to the restrictions of Covid-19 and a condensed window of opportunity, the Board will be relying on the clubs to play their part.

“We will be depending on clubs to show that willingness to do that little extra to help this year. By and large we will take requests from clubs for postponements, etc., on an individual basis, but clubs generally use their common sense on these matters. Funerals, of course, are always treated respectfully, but again clubs will be aware of protocol for   postponements in such events. These situations are always hard on clubs and communities, and we always try to come up with fair decisions for everyone. But, of course, you won’t please everyone all of the time,” added Eddie.

“All the clubs are mad to get going again. The requests and notifications about challenge matches are coming in again and players want to get back on the field as soon as possible, understandably,” pointed out the Mullinahone  clubman.

One concern that the South Board  secretary did have though is that the South senior or intermediate hurling champions will not advance to the county knockout stages this year.

“It is the same with the intermediate hurling championship, this year the winners won’t feed into the county when normally they would,” added Eddie.

One felt a hint of disappointment  when talking to Eddie regarding the fact that there is now no senior (Dan Breen Cup) team in the whole of the South Division.

“The five South senior clubs are this year in the Seamus O Riain Cup. Three of them are in the one group, Killenaule, Ballingarry and Carrick  Swan are in with Cashel, while St Mary’s and Mullinahone are in separate groups. We would be hoping one of them would win it and get back to the top level in the Dan Breen,” he added.

Turning to the big ball Eddie painted the picture for the year ahead.

“The senior football is unchanged, that has been run by the county for a few years now. They took over the county senior, the intermediate, the Junior A and the Junior B. They gave us back the juniors this year but held onto the senior and the intermediate. Also only the winners of the junior football competitions will go forward this year to a county semi-final, there will be no place for the runners-up to advance.

“The same will apply to junior hurling - the winners progress to the county semi-final” added the well versed administrator.

HEALTH AND SAFETY OF EVERYONE

These are unprecedented times that we live in, in our everyday lives but  also with sport, and plans are in place to try and guarantee the health and safety of everyone involved in the GAA, players, mentors, backroom teams, and of course, spectators.

“There is a restriction at the moment regarding attendance, 200 at the minute, but that includes players and officials, so that would be giving you an actual attendance of say 120-150 depending. By and large, for the vast majority of games in the division that is not going to be an issue.

“From August that increases to 500. However even after August if you have a senior hurling match that could be an issue.

“By September if things continue to improve in a positive way that might be increased further, hopefully”, explained Eddie.

“The Board will also be taking safety precautions in line with Covid-19 at games regarding the issuing of ticket receipts (unless requested) and also with admission fees to game, most games being at €5 with semi-finals and finals at €10 to cut down on the issuing of change, etc. Programmes will be printed and placed aside for those who wish to take one, again to cut down on handling, etc.,” he said.

Before concluding Eddie reverted back to the point about the South senior and intermediate hurling champions not having an automatic place in the county knockout stages this year. Keeping the status of those competitions is paramount to the running of the divisions and the secretary knows full well the  value of a guaranteed place in  the county quarter-finals or semi-finals for divisional winners.

“There seems to be a push from some sources to lessen the input of the four divisions into the various county championships. I believe that all divisions would like to retain that input and not to lose the link of their champions  going forward to represent their division in the county. I think that without that direct link it lessens the importance of competitions in the respective divisions.

“It is the format that currently exists for the senior and intermediate grades and there seems to be a push to extend it even further,” added Eddie.

“It’s a big carrot for the divisions to have for their competing clubs that if they win their competition they will go forward. And we wouldn’t be the only division to hold that view. How often has it happened that a club which was eliminated early in the county rounds came back in through the division and went on to win a county title. And the joy of that is even greater than going the   direct route,” he concluded.